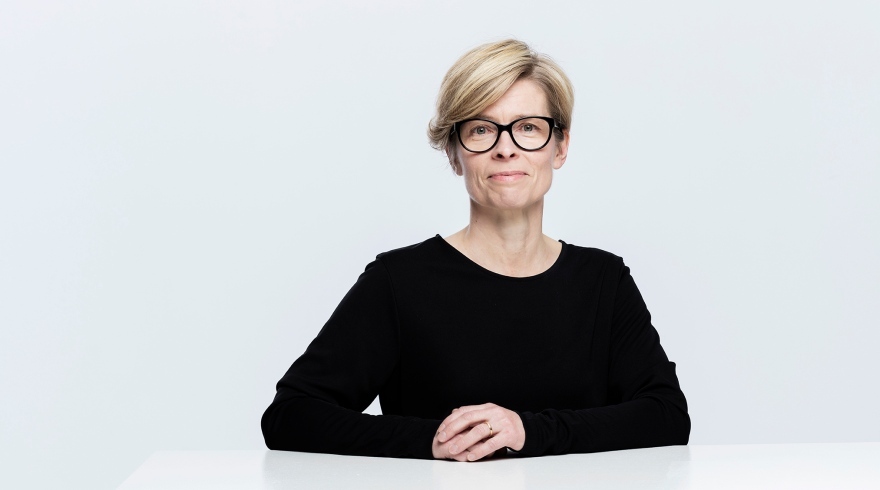 How does a civil engineering education that attracts both men and women look like? What makes men more interested in some teacher training than other? This is an important dimension when we review and renew our educational programs, says Birgitta Bergvall-Kåreborn. View original picture , opens in new tab/window

– No actor can change gender patterns alone, but as a university, we can to a large extent shape society and the future. Our students will work in different sectors and the our research areas affects social development. If only men control those questions, it will play a role, says Birgitta Bergvall-Kåreborn.

On an overall level, the gender balance at Luleå University of Technology is equal. Almost half of all employees and students are women. However, within the research subjects and the educational programs, the patterns that characterise society as a whole are found. Preschools, IT companies, hospitals, and the base industry would look different with a more even gender balance, says Birgitta Bergvall-Kåreborn. She hopes that future students will make their study choices more based on their interests than their gender identity.

– We need to think about how we create a more gender neutral education. How does a civil engineering education that attracts both men and women look like? What makes men more interested in some teacher training than other? It is about how we promote them, but also about developing new programmes. This is an important dimension when we review and renew our educational programs, says Birgitta Bergvall-Kåreborn.

She also points out that Luleå University of Technology has never had so many researchers who conduct gender research in their respective fields.

– When all subjects include the dimension in their studies, it's one step in the right direction, she says.

"Gender equality is a question of values"

By 2016, all institutions of higher education received an appropriation from the government to integrate gender equality into all activities. This is something that Luleå University of Technology has been working on for a long time, by using gender-divided statistics and analysis as a basis for decision making for example. The work has broought results and last year 20 new professors were installed at Luleå University of Technology, an equal number of men amd women. But changing the current imbalance between the sexes within the various research subjects is a challenge at both community and university level, says Birgitta Bergvall-Kåreborn.

– Sweden is often raised as a model for gender equality, and I think we believe that we are in the forefront of the field, which in some respects is true. Despite this, a number of investigations have shown deficiencies. Women and men are assessed differently in both recruitment processes and when research financiers make decisions about funding. We must identify the structures and processes that prevents women to procees. Gender equality is a question about culture and value where we constantly need to train us to think properly and pay attention, she says.