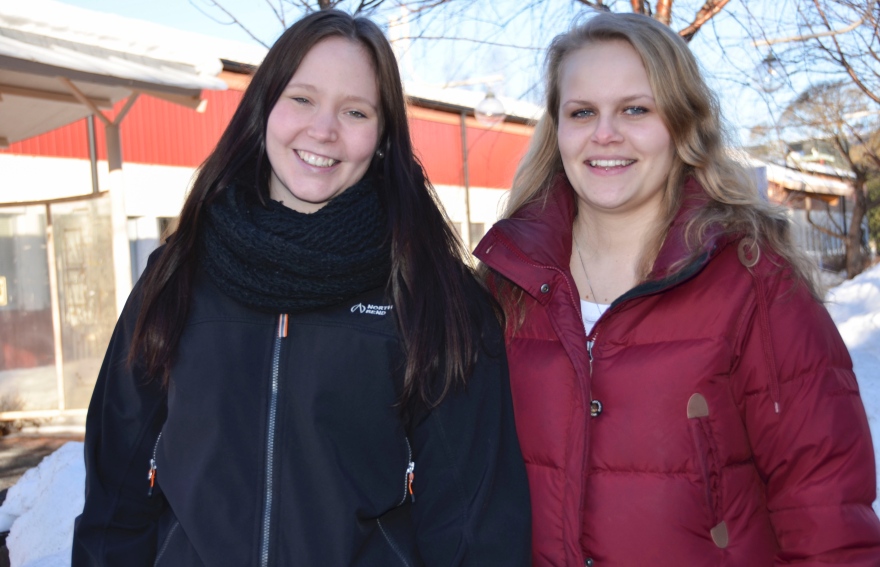 – It is a strategic investment from the Department of Computer Science, Electrical and Space Engineering. This year we are running a pilot version, but the goal is long term, says Peter Parnes, Professor of Mobile and Pervasive Computing.

The initiative has two main tracks. First, it's about recruiting new women to the programmes in Computer Science Engineering and Engineering Physics and Electrical engineering. Secondly, it is about getting the women already in the programmes, to remain. The latter is done, among other things, through different activities, activities that the women themselves have requested.

– We're going to organize the inspiration meetings where we get to meet alumni and try to create some kind of mentoring programme, says Sophia Caspár, a third-year student in Computer Science Engineering.

– Because we are so few women, it is important to get a sense of belonging. We can share experiences and push each other.

– Togetherness is important as well as role models.

Why did you chose to study Computer Science Engineering?

– My dad used to study that and he got me interested. I also attended a programming course in high school and thought it was fun. But you certainly do not need to have any prior knowledge of programming in order to manage this education – it can be good to know, says Louise Olofsson.

Are invited to Luleå

A first activity directed at potential new students, will take place in early May. Then all the women who have applied for the three porgrammes at Luleå University of Technology, are invited to Luleå for a two-day event. The event includes everything from a tour of the campus to mini-courses and a visit to Facebook's server rooms.

According to Peter Parnes, many of the jobs available today, will be replaced by computers already within a decade.

– I am also convinced that we get better products if both sexes are represented when they are designed, says Peter Parnes.

– The computer and IT industry is screaming for programmers and it's really important to have a gender balance in the profession.

What is the most fun with Computer Science?

– It is a subject that is constantly evolving. And to succeed in finding an error while coding, that feeling is good! ends Sophia Caspar.