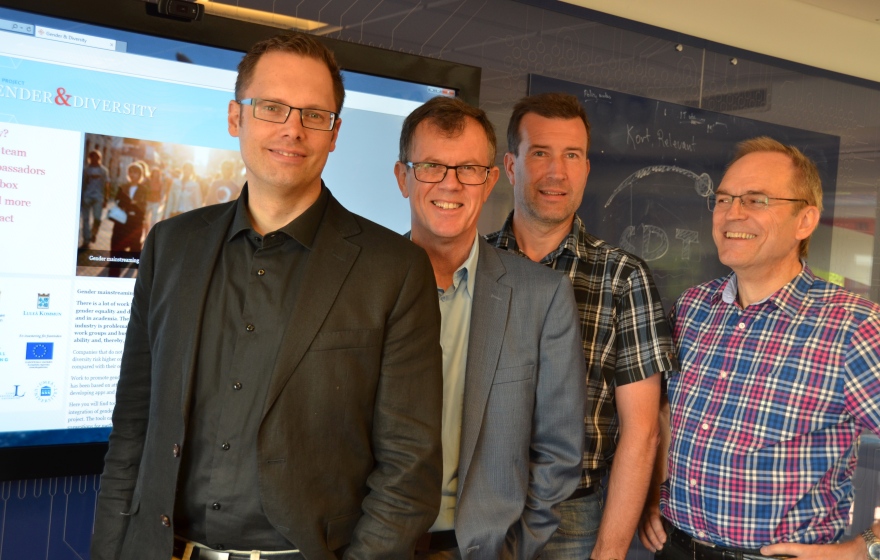 Arne Gylling uses both the toolbox and the gender app at project applications.

– We are forced to think harder: how can we get more women in our projects? The effort has also taught us to think about design processes – how we can create more relevant products.

The toolbox and the gender app has been developed within the Satin project, Gender and Diversity. It aims to provide practical advice on how a project can integrate gender equality. Gender equality now now also increases competitiveness when applying for project funding from the EU framework program for research and innovation, Horizon 2020. Applications with gender-balanced teams rankes higher and gender training is an approved activity and cost of a project.

Taking into account how the consequences of a decision affects both women and men, is part of gender mainstreaming. As well as ensuring that there is gender balance in work groups and steering groups, and that gender and diversity mainstreaming is in the project's description already during the project initiation phase. And, not least, to challenge ingrained gender roles, ways of thinking, working methods and norms.

– Previously, we thought in given patterns. Now, we have learned to reflect and think about how we act – who gets to speak, to whom do I listen? says Mikael Börjeson, CDT.

He is backed up by Anders Lundkvist, president Arctic group and gender and diversity ambassador in the Satin project.

– Beside everything else, we keep this process in mind all the time. Diversity is a good way to ensure you do not put all your eggs in one basket and, in the long run, gives more profitable businesses, says Anders Lundkvist.

Jonas Ekman is head of the Department of Computer Science, Electrical and Space Engineering, a traditionally male-dominated department.

– Overall, this has been an eye-opener. We can't wait for a cultural change in our organization, instead we must act.

At the Department of Computer Science, Electrical and Space Engineering, actions has been taken to recruit women to appointments in the ICT field. But Jonas Ekman believes that it is time to reconsider.

– We want to reverse the procedure. Because the women in this industry are few, it is not certain that someone is employable just when we have vacancies. Instead, we must dare to employ when the opportunity comes along.

The toolbox and the gender app are available in both Swedish and English.

Link to the toolbox and the gender app