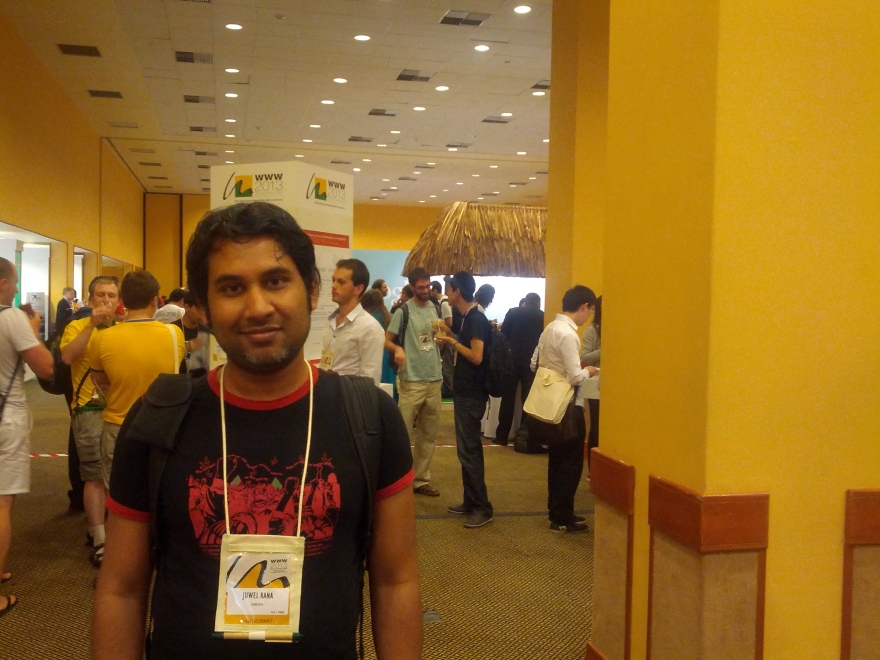 - I knew Juwel was making a presentation, but I had no idea that he was going for a live demo, connecting to our portal from half-way across the earth. I’m thrilled it worked, the demo shows that SATIN works as a tool for on-the-fly app development based on the new up and coming web-technologies that soon will become standard.

- Juwels research on social computing is of great interest to many and can be applied in many settings such as in the SATIN editor. His project has been sponsored by Ericsson Research and has besides academic publications resulted in two patents. We believe the SATIN project can be the basis of a spin-off from LTU, potentially together with Umeå University and small and medium enterprises in the region, says Supervisor to Juwel Rana and Associate Professor Kåre Synnes.

Juwel is planned to defend his thesis in the end of September. SATIN will later be released for public use via its web portal later this year.