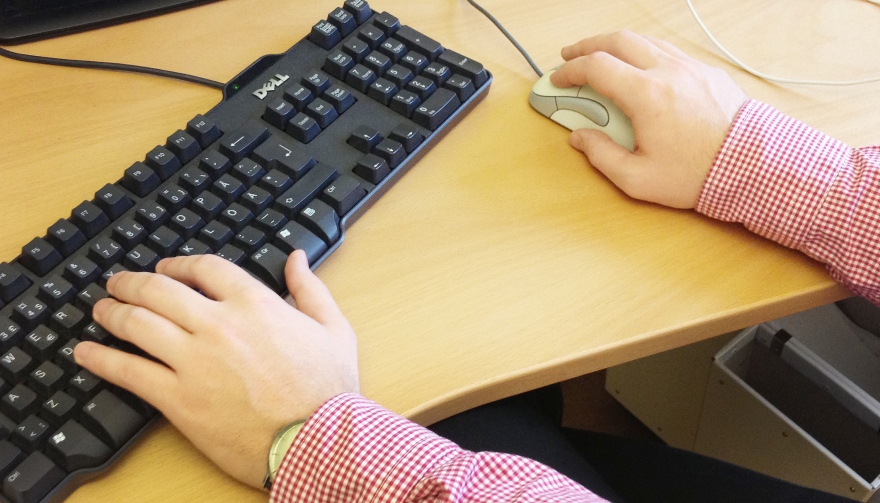 The unique security solution is invisible but is in the background to identify the user's unique flow and pace of the keyboard along with the mouse when you're working at the computer.

The composite pattern forming a "fingerprint" that the system can recognize, so that no one else has access to your computer if the pattern changed.

Behaviosecs product now been tested can be compared to a watchdog that recognizes if an unauthorized person who came through the door, even if it received the keys to the door.

Company Behaviometrics AB has developed the first product in the world that checks user identity continuously while working at his computer, even after login. It all comes down to what is known as Biometrics, the program learns the user's behavior over time and hang out with even if you change their approach.

The purpose of the test is that a larger scale test and verify whether it is possible to learn the program's behavior when performing everyday tasks.

Currently attending a nearly 100 test pilots from any workstation at LTU. The test period is ten weeks during the period 1 October - 14 December.

Experiments carried out with the training center Centre for Distance-Spanning Technology at LTU. The company is also BehavioSec most employees former students from the program in the Department Information Systems and Space.

All data collected is encrypted and handled in such a way that it is impossible to restore the text in readable condition, or to tie to any person.

The results will then be reported in the research project. In addition, researchers in IT security to write scientific papers based on the study. None of the test pilots will, however, be identified or identifiable in the studies.