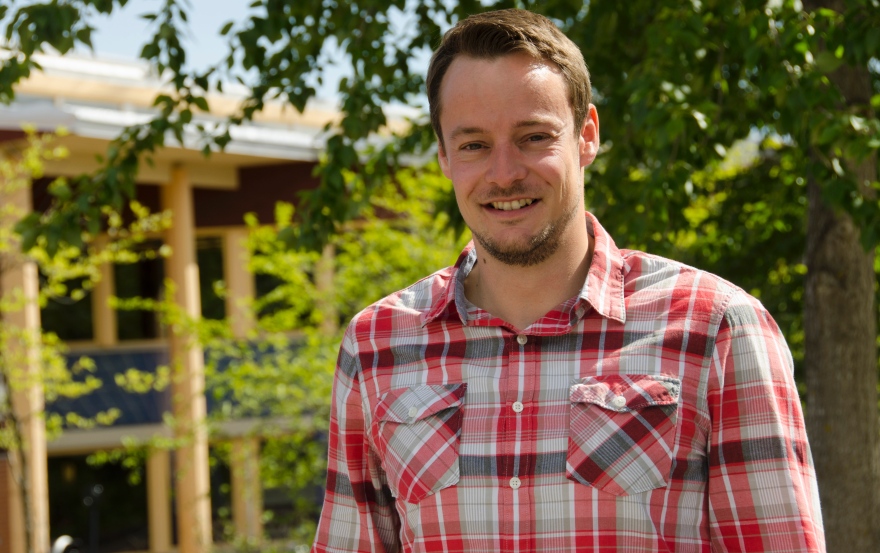 According to Roland Hostettler research, carried out at the Division of Signals and Systems, small sensors can be used on the roadside to monitor traffic. The sensors work in conjunction with an accelerometer that measures the mechanical waves on the road surface, and a magnetometer, which measures magnetic fields.

– In order to show that it works, I have developed a model that describes how waves caused by cars passing the sensor, extends on the road surface, explains Roland Hostettler.

– I have connected my model to an existing model for a magnetic sensor and signal processing algorithms. Then you can for example estimate the vehicle's position and speed as well as its movement on the road.

In short term, Roland Hostettler is convinced that the new technology could replace traffic counting systems, such as black hoses across roadways, which are used today.

– There are several advantages of our system. Because the sensors are small, they do not affect the drivers and they wont adapt their driving behavior. The sensors are torn much less and the people who will install the system are safer in traffic which reduces the risk of workplace accidents.

Should the sensors start to be used more extensively, Roland Hostettler sees even more benefits in the long term. Simpler assessments of road wear may facilitate maintenance of roads and new security features developed and coupled to the sensors, for example, information from sensors on the roadside on your car's surroundings, would increase road safety.