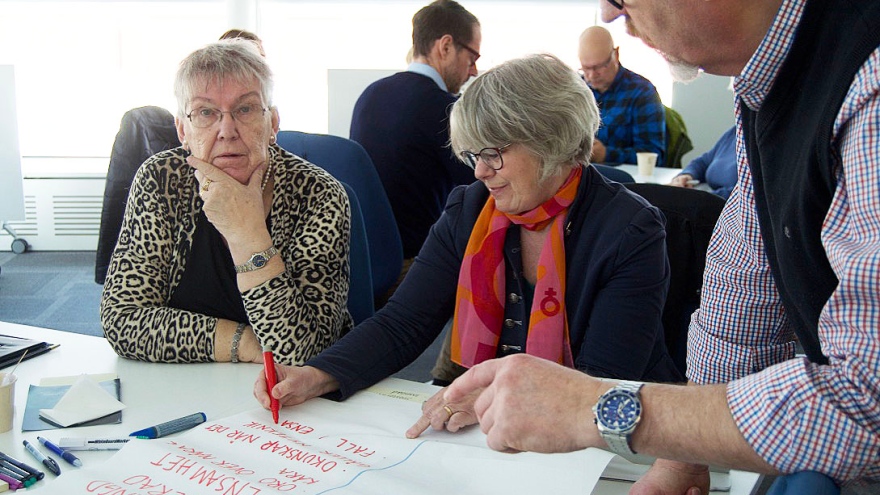 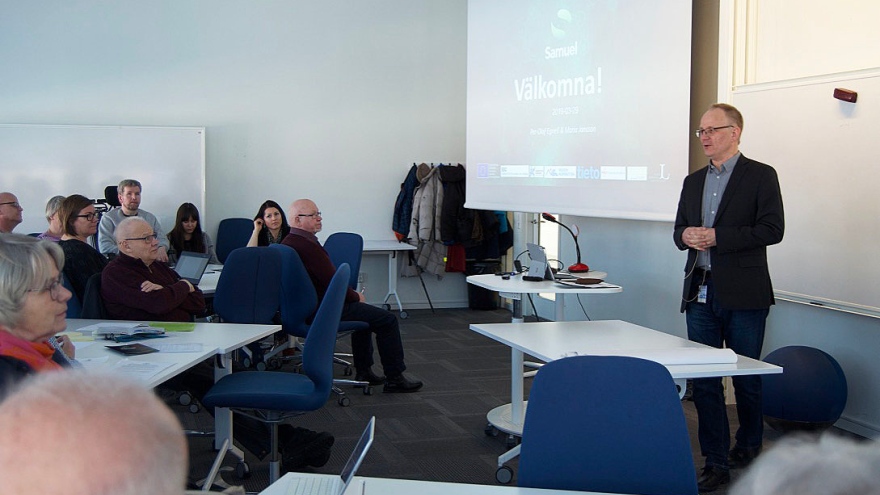 Maria Jansson, project manager, summarizes what the groups have come up with. 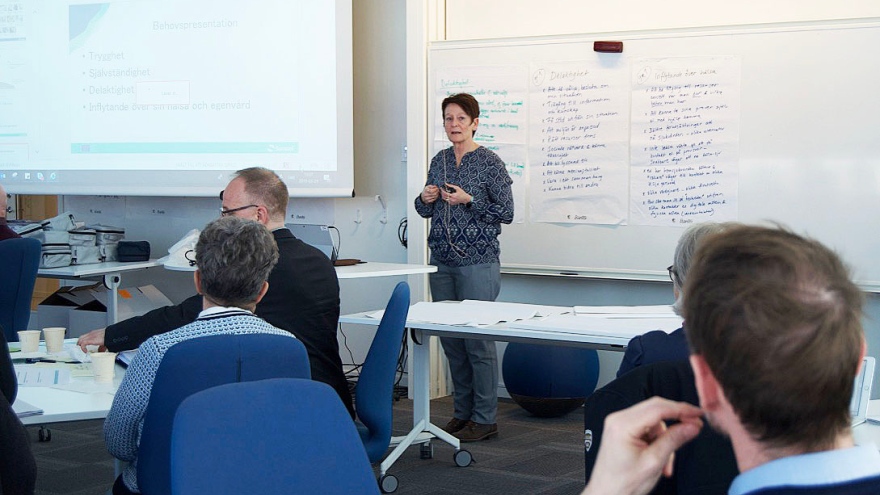 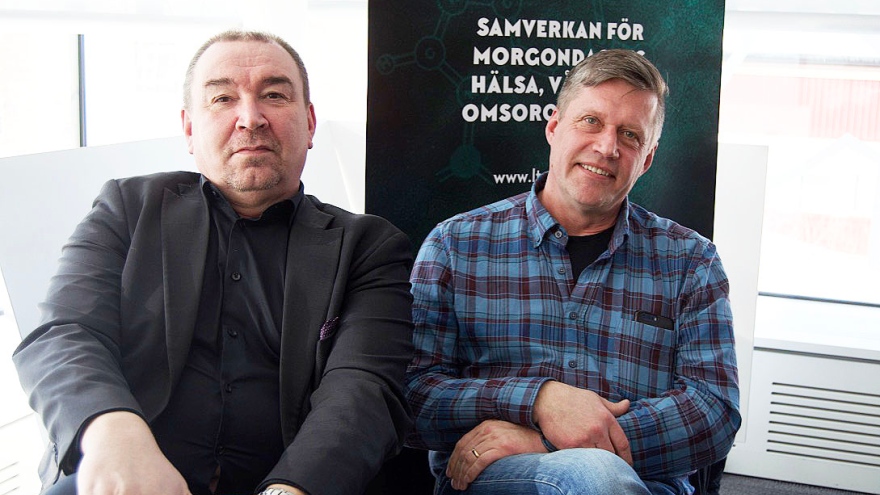 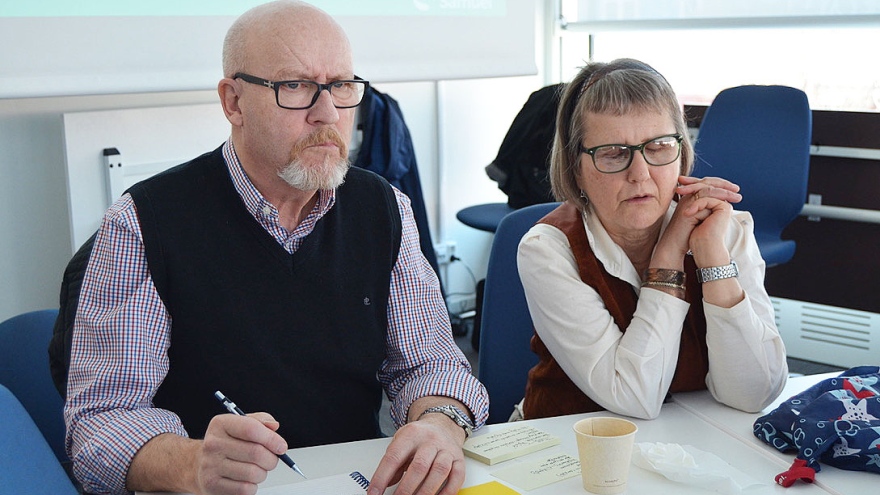 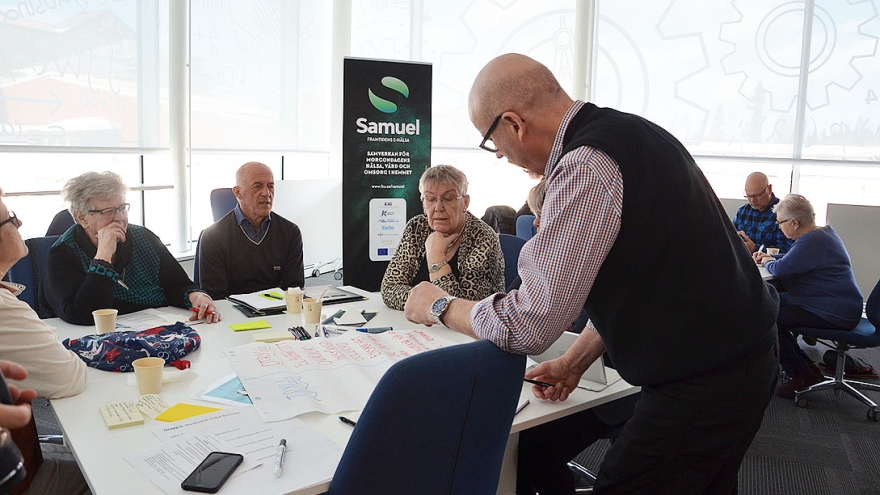 He believes that if the latter are involved from the beginning in the discussions, there is a tendency for them to come up with the solutions directly. Here, the representatives of the patients and pensioners associations must first speak and make a mapping of the needs
The day began with the participants being divided into groups and together they gave answers together. The questions were about safety, participation and independence, as well as influence over their own care and health.

– Discuss when I feel safe and insecure and how will it be for me to feel safe, instructed project manager Maria Jansson.

The discussions became intense and then the participants wrote down points on the block sheets.
During the report it turned out that there were several groups that raised concerns about who was entering their home. Even human contact was important for several.

– Now we have come to the subject of independence. What is it for me, when do I feel independent and what do I need to cope with my daily activities and what stops me? Maria Jansson continued.
The block sheets became full when the groups were to summarize their discussions and it was all about snow that makes it difficult to find out how public transport looks and the importance of the mobile phone network functioning.
– These are exciting discussions. We come from different backgrounds and see things from different perspectives, said Ulla Öhman from PRO.

During the afternoon, representatives from companies, Region Norrbotten, municipalities and researchers joined the university.
The participants in the morning's work told us what they had come up with. Several points was about loneliness, insecurity and difficulties in getting out.

Håkan Olsson from the company Evado and Stig Gabrielsson, the social administration, Luleå municipality were two of those who participated in the afternoon.
– We need your help to develop the user-friendliness of services on the internet, said Håkan Olsson.

When Maria Jansson summarized the day, she said that the results of the work should be compiled.
– The goal is to improve and expand the digital technology, she said.