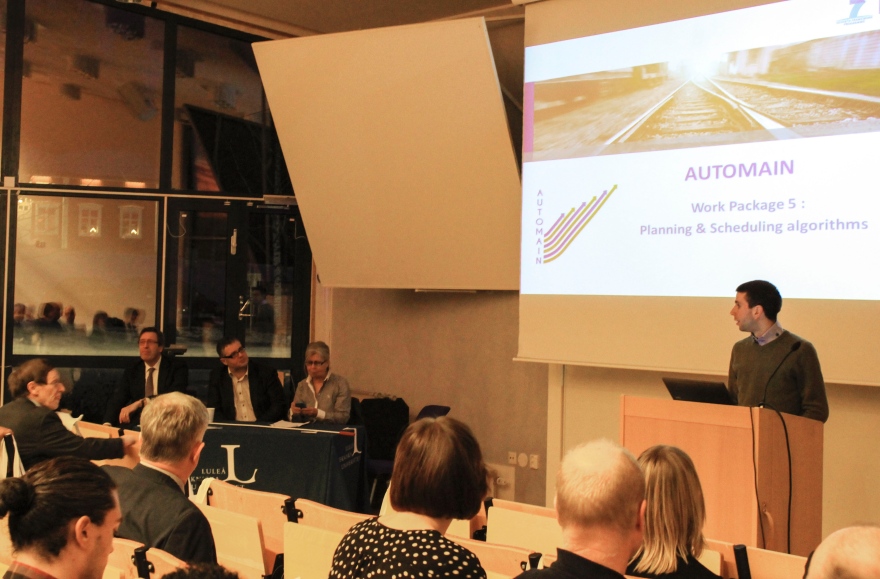 Great interest when results from AUTOMAIN presented at a workshop at LTU View original picture , opens in new tab/window 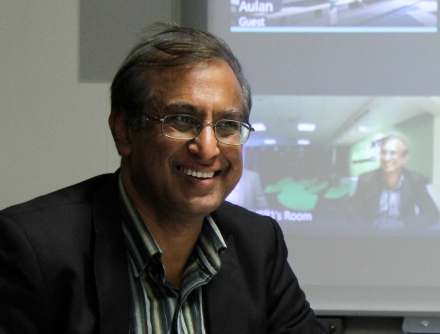 - We have research parts in four of AUTOMAINS seven so-called "work packages" and we are the coordinator of Work Package 4, so we contribute together with Swedish Transport Administration for improvements that could benefit the entire European rail network to be useful, especially when it comes to maintenance of tracks and switches, says Prof. Uday Kumar, director of JVTC and subject representative for Operation and Maintenance at Luleå University of Technology.

Several of LTU's research projects in the EU's seventh framework program has been conducted within the framework of the 15-year jubilee Railway Research Centre at Luleå University of Technology. "Augmented Usage of Track by optimisation of Maintenance, Allocation and Inspection of railway Networks" is the long explanation for the slightly shorter acronym AUTO MAIN. The project which started in 2011 and completed in 2014 has a budget of 3.8 million Euros. It is controlled by a consortium of European players, including Luleå University of Technology. LTU has received several research projects funded through the program by 75% and the rest from the Swedish Transport Administration. Sustainable transport is the overall goal.

- This means that we want to try to persuade industry to transfer their freight from road to rail, says Henry Olink, principal project manager for AUTOMAIN.

A high-performance large-scale maintenance where it was possible to optimize the time for maintenance tasks is what LTU's research contributed to the program. The result of this research is for example that researchers have found methods to use relatively high speed to grind train tracks free of contact fatigue (cracks), scuffs and deformation. This means that you can carry out the grinding of trails throughout 80 km / h.