The overall aim of this project is was increase the transport capacity in the long term and to indirectly reduce the environmental impact in Sweden by reducing operational disruptions at railway switches and thereby increasing the punctuality of rail traffic. This provides a better utilization of environmental transport infrastructure in Sweden, with a focus on increased accessibility for the interchanges as a whole.

The priority switch components are the ones that cause the most interference, which is the switch blades, crossing and other parts. The goal is to develop new knowledge and skills that can later be developed into a demonstrator in the form of an auxiliary equipment inside the point machine for switches in real traffic. This auxiliary equipment that in real-life traffic should have the ability to, using IoT, AI and smart algorithms with pattern recognition, provide continuous information about the state of the switch to the Swedish Transport Administration and its maintenance contractors (for example Infranord). This means that maintenance can be planned and carried out in a better way to increase the availability of switches and thus reduce traffic disruptions.

The project has developed an AI demonstrator that shows that it is fully possible for pattern-recognition neural networks to correlate measured vibrations in the point machine, against actual wear and tear and damage in different positions in our test switch with test wagon, which also forms part of the demonstrator. This opens up for full-scale trials in real traffic in the future. If this future project is also successful, the last remaining step is that this new technology can be product-adapted by companies to become commercially viable for the Swedish Transport Administration's switches. If this happens, the Swedish Transport Administration and related maintenance contractors will have access to a completely new technology that can effectively reduce the disruptions in train traffic by considerably facilitating the planning of preventive maintenance of the switches. The demonstrator is patent applied.

The project is completed and some of the most important results are shown below: 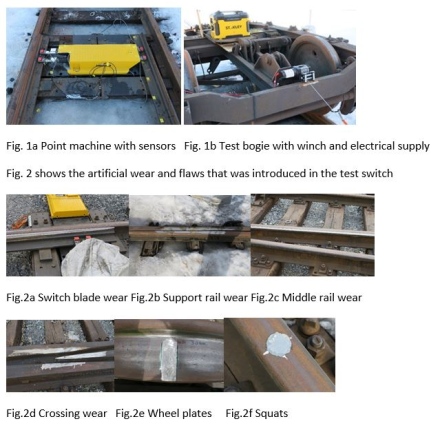 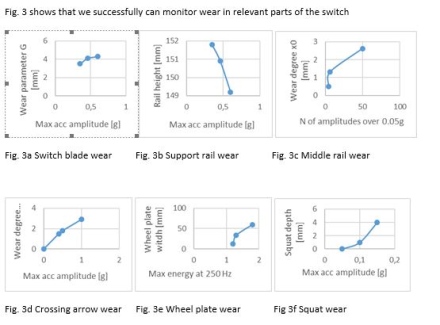