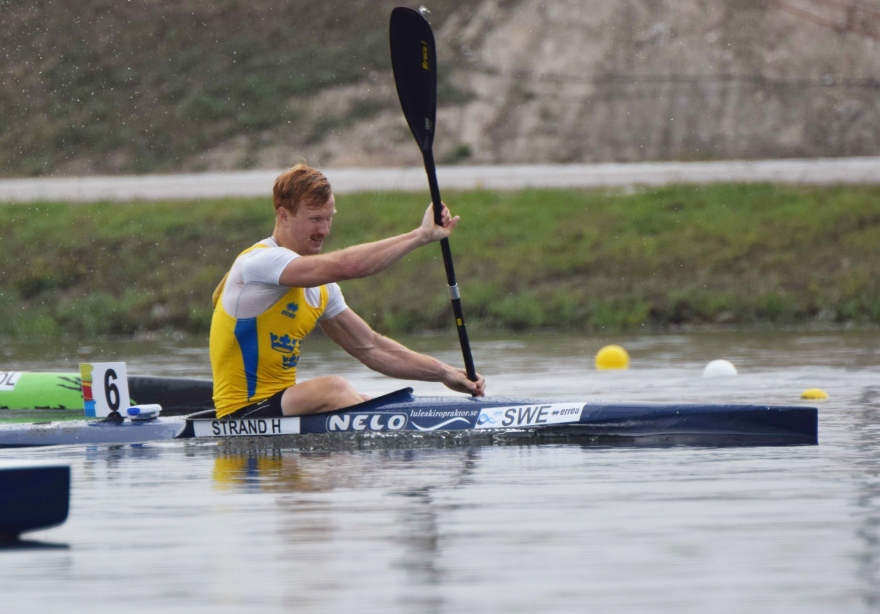 - My studies have in a large extent been possible to set up based on myself. My training is also relatively flexible, so it has been a good combination, says Henrik Strand. Photo: Privat View original picture , opens in new tab/window

When he, in addition to sports, began to think about future professions, he chose between studying to be a doctor or a teacher. He stuck to Luleå University of Technology's subject teacher program with a focus on high school.

- I like working with young people and have myself been involved as a youth coach. It's fun to help and teach. I also like the subjects I have chosen, math and physics, which in themselves are interesting to delve into.

Henrik started his fifth year of education in the autumn and sees both advantages and challenges in studying and investing hard in a demanding sport. - My studies have to a large extent been possible to set up based on myself. My training is also relatively flexible, so it has been good to combine. Then it is of course tough in its way to be active in a sport that in itself has so much personal responsibility. Some things in school you simply do not have time to do so you have to make up for it later, he says and continues: - But the main reason why it works is my good and helpful classmates. Were it not for them, it would never have been possible to combine as well as it has done so far, they should all have a huge thank you!

Henrik gets many questions about being a canoeist in Luleå, where the winters are long and cold. - It may seem crazy that I do this in Luleå, where there is ice on the water so much time of the year. But I really like it here and I think it's fun to have Luleå as a base. It would be really cool to be the first Luleå canoeist to go to the Olympics.

Henrik's tips for you who want to invest hard in sports and studies:

“Have an acceptance that everything may not go completely smoothly. You may have to study at odd times, in odd order and in odd places. You may also have some leftovers to make up for when the last year is done, it's also part of it. If you are prepared for that, it is good to combine!”