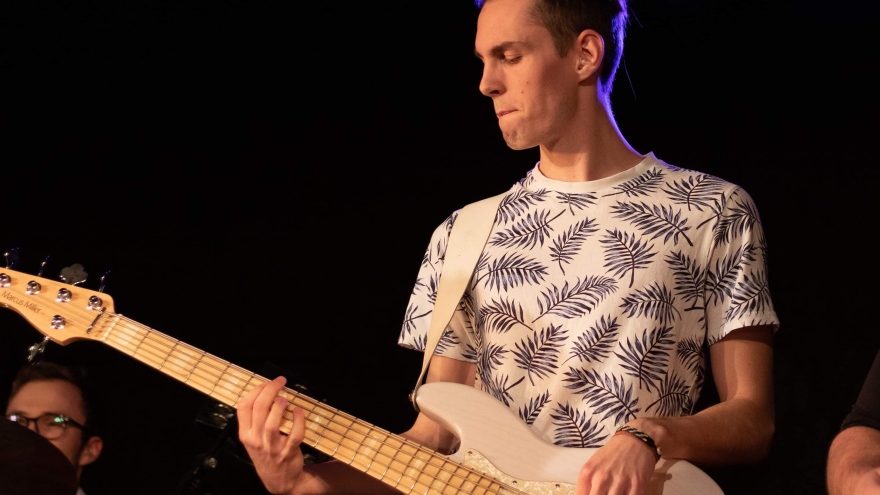 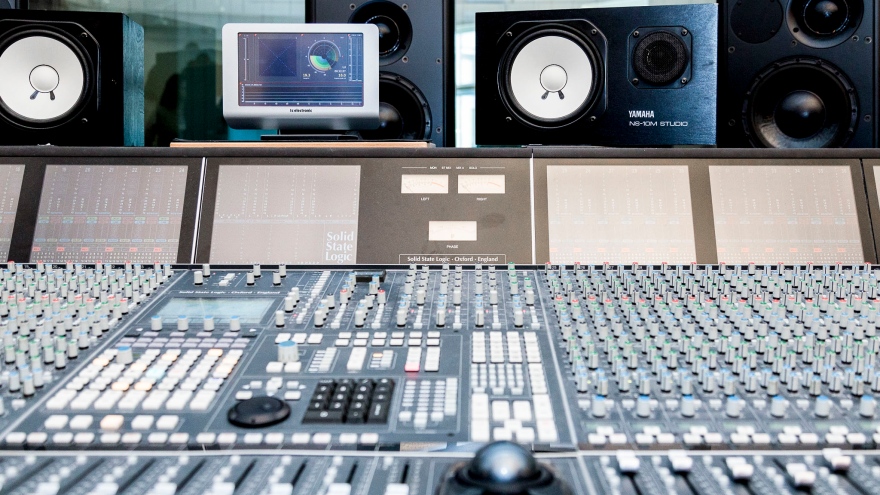 At the School of Music there are several professional studios, from simple production booths to large studios where you can record an entire band. Photo: Marcus Hortlund / KMH Photography 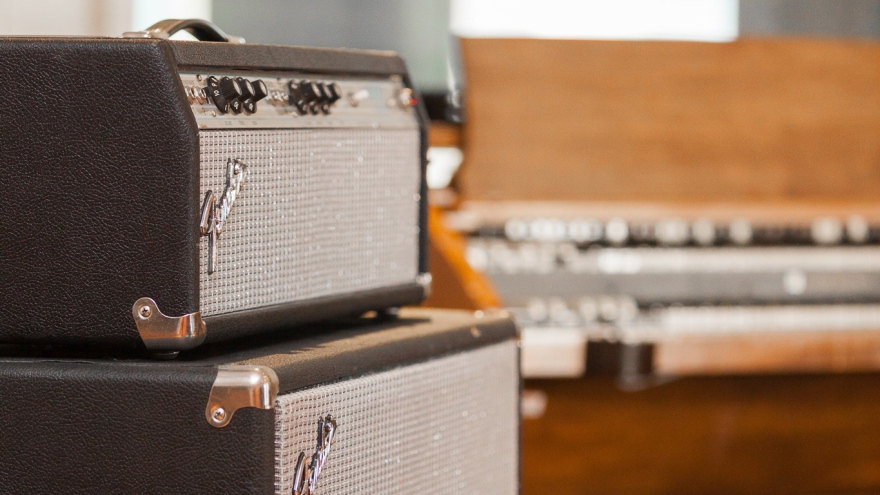 This gives me a great motivation to take the step into the music industry. It feels good to get a push forward like this, says Klas Höglund.

I had seen the Astrid Lindgren films with Allan Edwall, but it was only when we were asked at a sports lesson to take a selfie at Allan Edwall's statue outside Folkets hus to prove that we had run the whole distance there that I realized he was from my surroundings, says Klas Höglund who is from Aspås.

In addition to bass, Klas Höglund plays a little piano and sings and the very first instrument was drums. But he soon became attached to the electric bass, inspired by a friend of his father who was the bassist in the dance band (Scandinavian dance genre "dansband") Jannez.

Sadly, he died early in a motorcycle accident. Many people have the perception of dance bands as a simple genre. But Rickard, as he was called, was a heck of a good bassist.

The choice of educational major fell on studio musician. You can always get a gig, but it's not as easy to record in the studio, according to Klas Höglund.

It is very useful to have that experience. I have an incredible respect for studio musicians. If you can nail a song on a recording in the studio, you can also fix it live.

Klas Höglund thinks the programme for studio musicians has a good approach, especially the recording projects. In one project, the task was to record 8 –12 pop songs in a short time. In another project, they worked with only two songs but spent more time immersing themselves in the sound and tuning in a good sound on the soundboards. As a studio musician, reading music is important. The students get to try playing a song that they have only received notes for but never been allowed to listen to and to play a vista, which means that you play a song from a sheet of music that you have just received by hand. He also likes that the programme contains some music history.

We work in super-professional studio environments. You almost get scared when you think about how much all the stuff costs. I am grateful for all the industry knowledge we get from our teachers who have their own experience from the industry. That kind of information is hard to find on your own.

In the future, he wants to freelance.

I do not think I want to invest in an artist career of my own. I son't have the need for that kind of confirmation. I just want to get out and play.