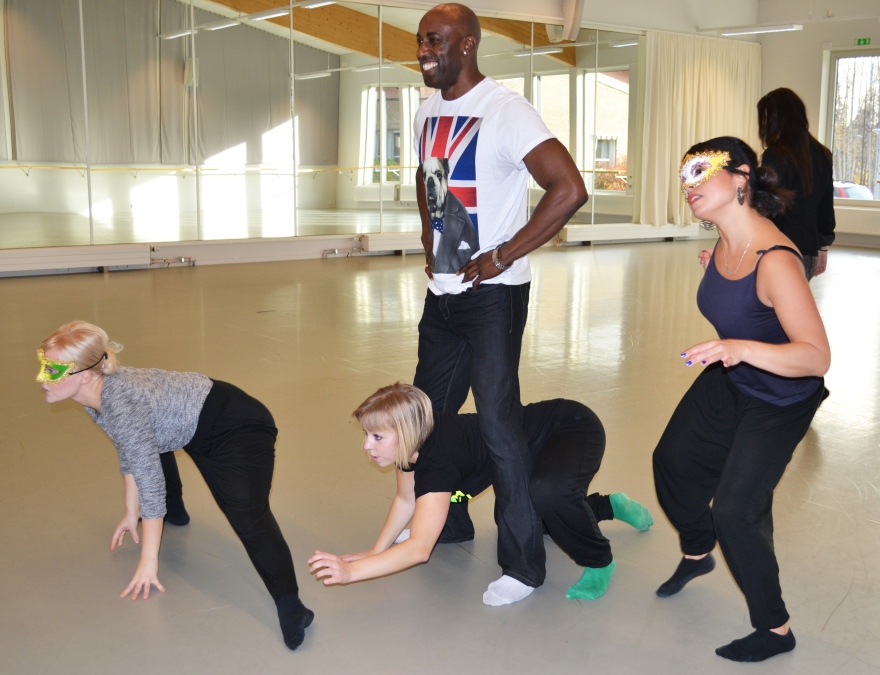 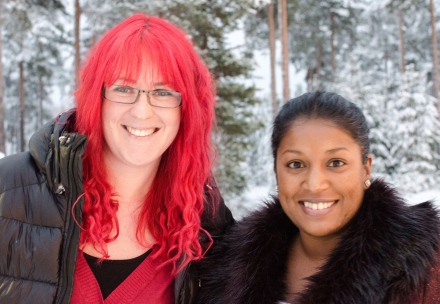 A friend told blogger Big Steve that he had to move from England to northern Sweden. He did and now he’s spreading the word about Sweden in social media. Testing typically Swedish phenomena has become his thing.

When Big Steve came to Piteå he thought he was about to give a lecture on how he works. Instead, he was met by the students of Professional Experience Production who had organized a day where he got to meet the programs at the school.

- Big Steve showed that he was nervous, but he jumped right in and was very pleased, says experience producer Tomine Grelsson.

She was co-organizing a talk show that concluded the day. For Tomine Grelsson the talk show was the best part of the day.

- Everything fell into place. Those who had worked during the morning could relax and the talk show went well. It is awesome that we are attending a program that has the ability to invite people like Big Steve and that we get to work with real cases, she says.

It is the first time students in the second year of Professional Experience Production made a common project. Helena Ivarsson, who was responsible for the morning's activities, thinks it was great that the whole class could work together and also included other programs at the school.

- We got very good response from the other programs. An experience producer shall be in the background and among others we need dancers, tv-crews and radio to create an experience, says Helena Ivarsson.

Big Steve's movie from his day at LTU

Learning English at the University