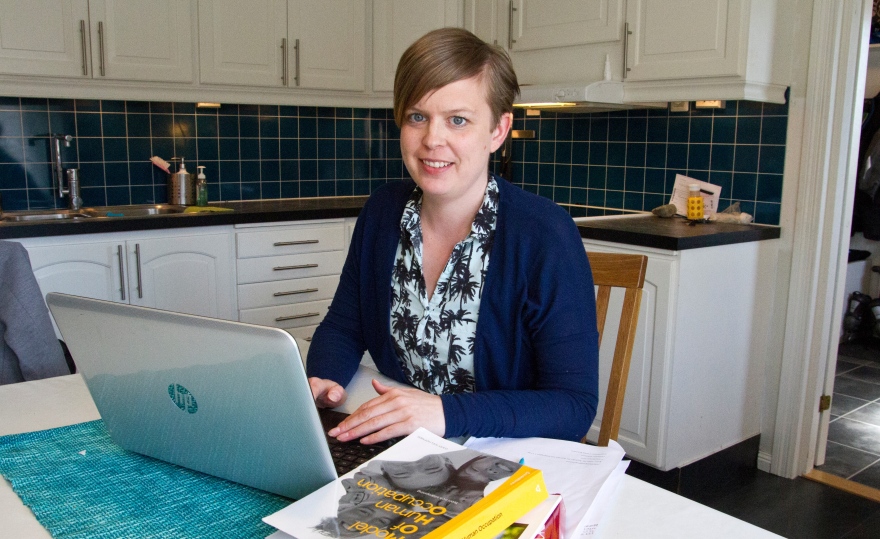 Aware of the work environment laws

Based on the Swedish Work Environment laws and regulations have Gabriella Lundmark written a report, to identify risks for physical and mental health for the staff in a workplace analysis. She has used checklists and interview forms from Prevent. She has also used occupational therapy working instrument for mapping motoric- and process skills, and communication and interaction among the staff.
– I have become aware of health and safety laws and the obligations of an employer. The occupational therapy work environment is very important and something that I am passionate about, says Gabriella Lundmark.

The patient has suffered a stroke, and because of the illness, the person has not much speech, problems with fatigue and is wheelchair bound.

– I found that there were a substantial risk of physical ill health at some moving moments. There were also mental health problems such as stress at different movements, because the staff have different views on the approach.

In her report Gabriella Lundmark has given suggestions on aids, such as an overhead lift which facilitates the movement, and she also wants to change the routines.

She has written a plan of action that she has shown for the area manager, which for the staff resulted in an lifting technical training course with a physiotherapist. An investigation started also to try out other aids and working methods as was proposed in the Action Plan.

– For the patients the set goals are overviewed, so they on a reasobable level. It feels good that a process has started because of my Action Plan. It is so easy to walk the same rut again and again. It has been an eye-opener for them how things works, says Gabriella Lundmark.