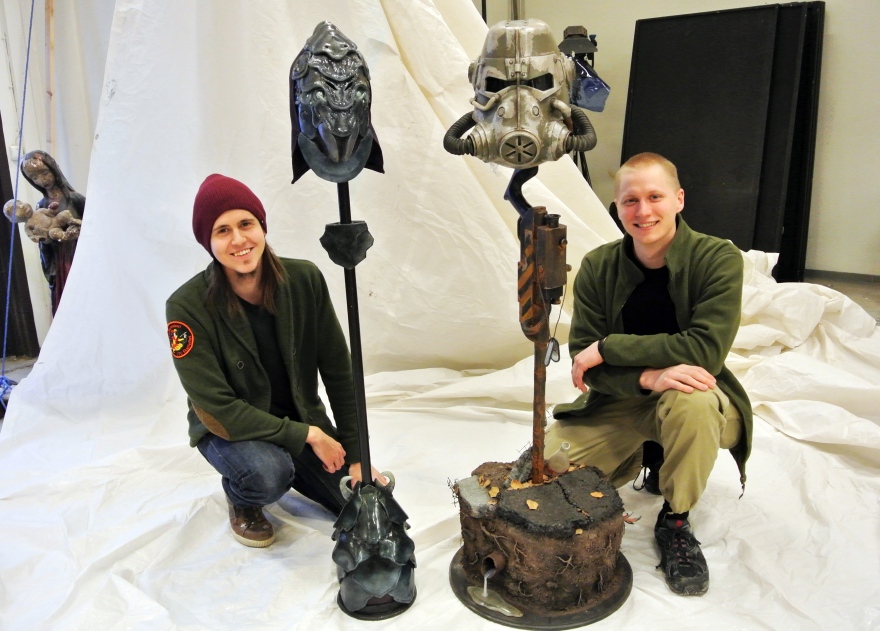 Peter Larsson with his Elder Scrolls helmet and Patrick Garn with his Fallout helmet.

During the course Artistic training in their first semester of prop making programme Patrik Garn and Peter Larsson built helmets, inspired by computer games. While Peter Larsson was inspired by the game Elder Scrolls Patrik Garn chose to build a helmet from the post-apocalyptic game Fallout.

Fallout was the first computer roleplaying game that Patrik Garn came into contact with. Later he started playing Fallout, tabletop RPG, with paper and dice. Through role playing, he came in contact with the LARP world and because of that he decided to become a prop maker.

His helmet he based on the latter part of the Fallout series. The stand that the helmet sits on is a rifle from the early games. Someone posted pictures of the helmet and stand on Fallout's official Facebook page and at the moment he has received over 7,200 likes and 250 comments from Falloutfans around the world.

- Yes, I have received lots of reactions. In the comments it's obvious who have played the early and late games, says Patrik Garn.

The students applied themselves to show their helmets at the exhibition. A jury from the Tekniska museet has examined all the works and selected the best. Luleå University of Technology sponsored them so they could travel to Stockholm and check out the booth before the exhibition opened.

- It's fun that Tekniska museet takes advantage of the fans' dedication. They look very broadly at what is art. It is not just drawings and sculptures, but everything from pegboards and embroidered tablecloths, says Patrik Garn. 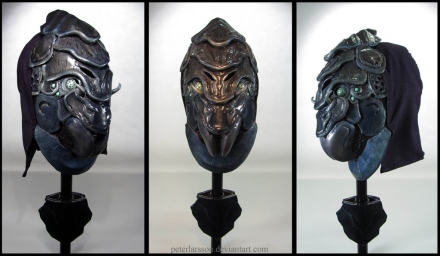 The main exhibition Game On 2.0 has attracted millions of visitors in museums and science centers around the world. With over 100 games to try out and galleries featuring original sketches, games, music and background stories, it is the world's largest videogame exhibition. For Patrik Garn the highlight was an old Lemmings games.

- It was a trip down memory lane of unusually kind. The entire exhibition is full of stuff you saw in the movies as a kid.

More articles about the prop makers at LUT 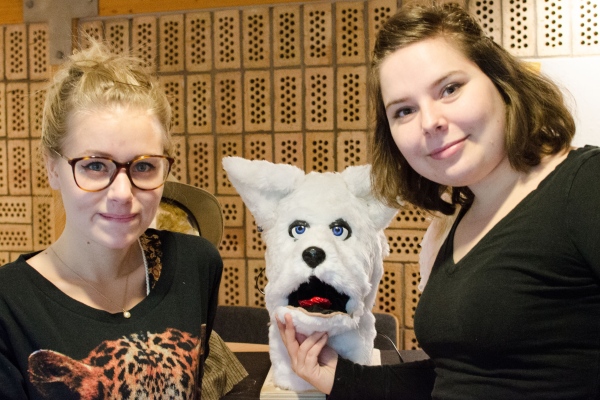 An English dirty old man who flirts with anyone who comes near. Or a dog who’ll open its mouth if you give it something red. That’s two examples of what the students at LTU's prop making for media production-program created using the new Lego Mindstorms. 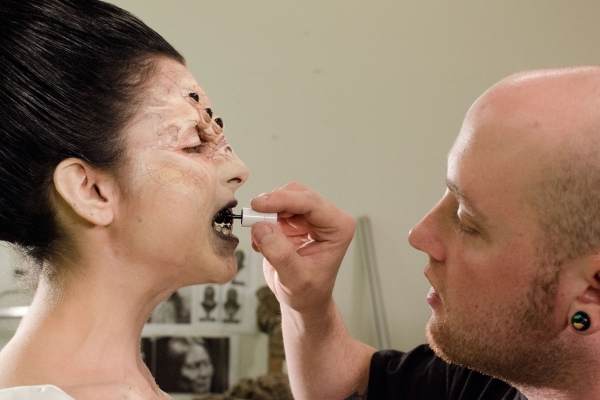 Worked with the masters of prop making

Everything from helmets in a Disney parade to a rat puppet in human size. That’s what LTU student Miku Godfrey created during his internship in Hollywood. His rat man is a part of a HP Lovecraft -rock opera that is performed for the first time in Sweden this weekend.