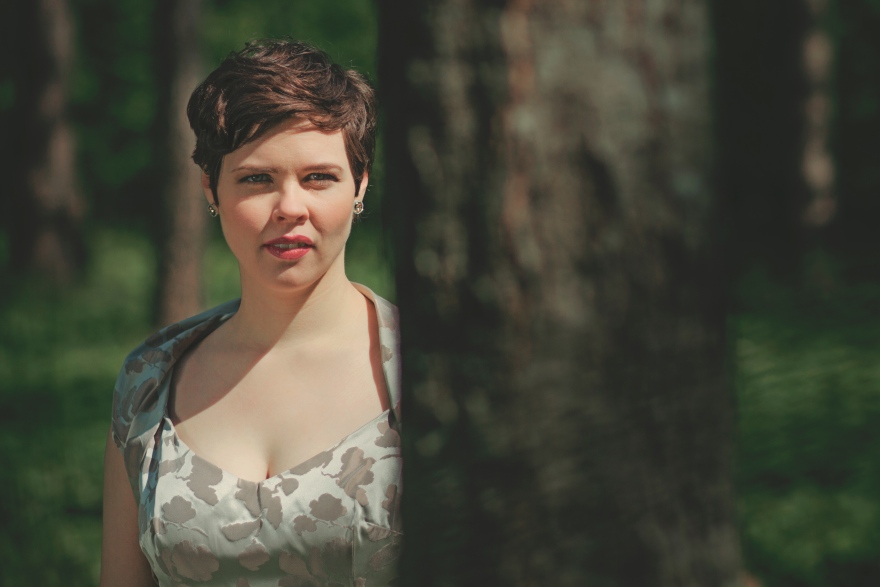 - It feels very good that I came second! I had never imagined that it would go as well as it did and that I would receive so much appreciation and positive response that I received throughout the competition; it strengthens me an incredible deal as an artist.

You also play the role of Dorabella at the Confidence in the summer, what are your thoughts on that?

- Last year we did Così fan tutte at the Sibelius Academy in Helsinki, so the role is familiar from the past. Then we made a modern version of the opera, while the opera is in epoch style at the Confidence, that is, trying to be as authentic as possible. It feels great to do the role again, but now in a completely different vintage!

What in your career are you particularly proud of?

- That I have so far received the chance to do so many interesting and fun projects. At the Sibelius Academy, I have got to try to do many different opera roles, among others, the Mexican artist Frida Kahlo in the new opera Frida y Diego by Finnish composer Kalevi Aho. During my time in Piteå I did many different theatrical projects in and outside of school, I got several different commitment. Among other things, I made the role of Barbarina in The Marriage of Figaro which was staged in the opera singer Peter Mattei own festival in Luleå 2011.

When you look back on your training, what was the most important thing you learned?

- During my years in Piteå I learned the basics of classical singing, which I could build on when I arrived at the Sibelius Academy. I also recieved a lot of theatrical experience, because the classical vocal line is quite small I got the chance to do many different types of projects.

How did you experience your time at Luleå University?

- It was an instructive and fun time! I got to learn my instrument from scratch and I got to develop as an artist. The advantage of the classical music program being relatively small, is that a student can try out different things which strengthens one as a performer.

Do you have any tips for anyone looking to study music, artistic candidate?

- Are you passionate about music and wants to become a freelance musician, I think music college in Piteå is a good place to start. Here you get a good foundation to stand on.