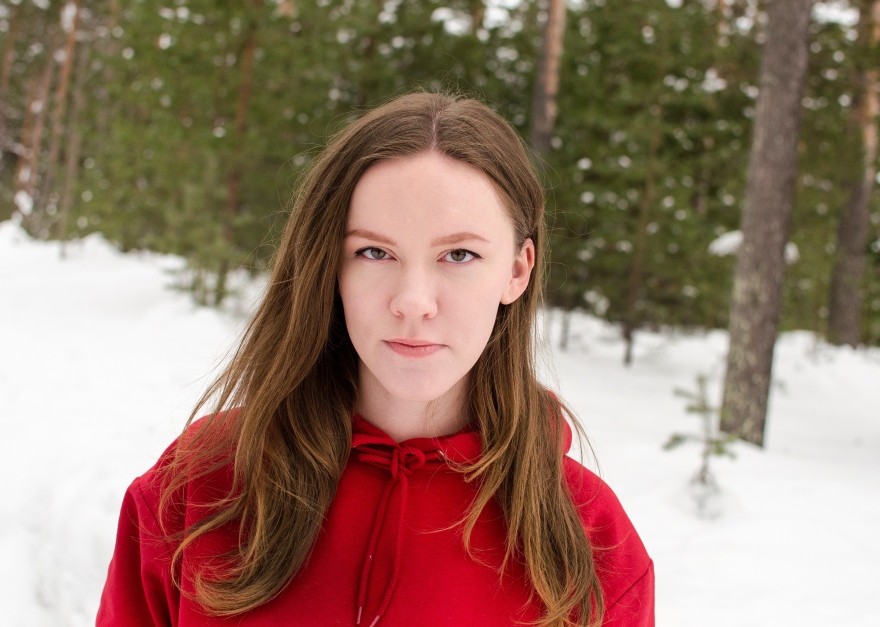 – It feels wonderfully fun. It's a fantastic bunch of musicians who also happen to be my absolute musical idols, so it's a hard-hitting feeling. It is also nervous, 2 million viewers is nothing to joke away, but I know that it will be as good, says Lada Egolaeva.

Lada Egolaeva will lead a group of musicians hand picked from the Swedish gramophone studio in Gothenburg. The group consists of three-fifths of the now insolent rock band The Soundtrack of Our Lives. It was thanks to tips and Lada's videos on youtube that she came in contact with the former members of the legendary rock band.

– I was literally headhunted by bassist Kalle Gustafsson-Jerneholm and guitarist Ian Person for the set of Little Shop of Horrors that took place at the Gothenburg City Theater last spring. They were told about me, checked me out on youtube and I accepted the job as soon as I got the call! When we realized that we played well together and agreed well, it felt natural to keep playing, says Lada Egolaeva, who believes that her foremost strength as a chaplain is the artistic competence.

Not seen a single paragraph

- I'm a young girl who is good at my instrument! Also, if I get to represent young female musicians in prime time television, it's awesome!

Her own relationship with På spåret has so far been somewhat limited.

– I haven't actually seen a single episode before. Have always known that it is a quiz program, but had no idea that there is music in the program. I know, I probably live under a rock.

In addition to the Lada lead group, also experienced Mando Diao and Amazon will act as houseband in På spåret as well as the gram-nominated duo Vaz.

Last spring, Lada Egolaeva completed her studies in the Bachelor's program in Music at the School of Music at Luleå University of Technology. The almost five years in Piteå, she remembers with warmth.

– I really enjoyed my best years at the school and learned so much about music during the years I was there. It has given me friends for life, good knowledge from extremely competent teachers and a lot of experience.

What was the best thing about the studies?

– Take advantage of the time you have at school. Out there, there will be no opportunities to go to the rehearsal room and practice, write and immerse yourself in music all day long.