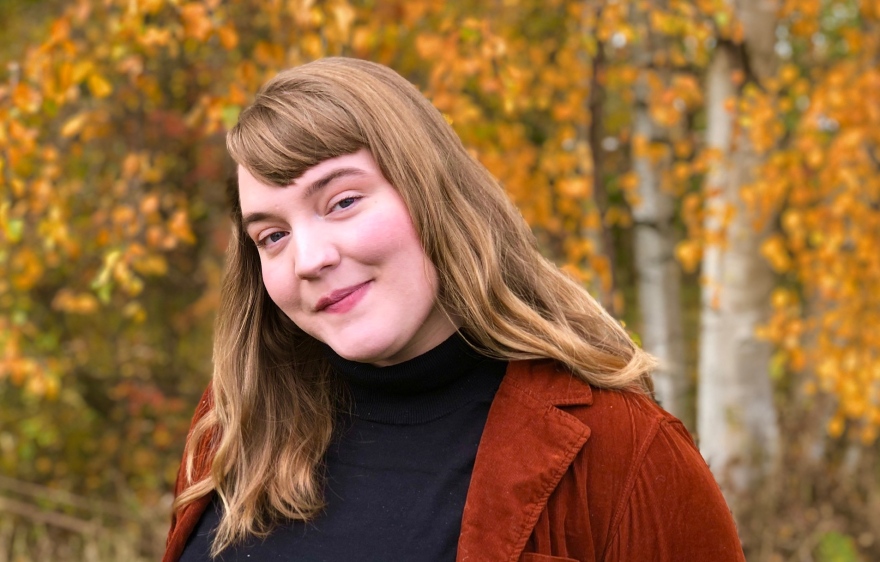 – I've been interested in childbirth all my life, and wanted to shed light on the political issue of women's health care with a connection that felt relevant to Norrbotten's Youth Symphonies. In the case of Sollefteå BB, the lack of women's health care and sparsely populated despair are interwoven - a tendency that can be seen in large parts of the country. Local relevance meets national interest, simply, says Alva Stern, a student in composition at the School of Music at Luleå University of Technology.

Work on the piece began two years ago when Alva Stern was commissioned to write for Norrbotten's Youth Symphonics, in a project created to lift young female composers. When the theme of the work crystallized, Alva and a few classmates went to Sollefteå to participate in the occupation for a day.

– Then I didn't know at all what angle the music would come from. Did I want a person-based narrative with a strong focus on a birthing person, or a larger, more structural perspective? During our day as occupants, it became clear to me that everyone involved has the highest personal motivation, but that together we stand united against an unsustainable system, says Alva Stern and continues.

– Therefore, the music eventually became an interpretation of an economic structure that does not give way to childbirth, maternity care, emergency surgery or acute gynecology. And what could be more wonderful than to roll over a daring municipal politician's decision to dancer and passionate sound?

Important to raise your voice

With the work, Alva Stern wants to be part of a protest movement against closures of health care facilities like the one in Sollefteå.

– The wave of maternity wards that have been shut down all over the country tells us about the politicians' hope that no one (woman) will protest. I think it is extremely important to raise our voices, and to refuse compromise with basic care needs.

Alva Stern is currently studying the last year on composition at the School of Music in Piteå. She describes the years of education as revolving, educational and alive.

– I have repeatedly been re-evaluating my principles and positions as a creative person, something I have grown from.

What has been best thing about your study time?

– The students, projects and Bullerby life at Ankars. Since then I have met teachers who left their mark on their commitment to the students' mood and education. However, no people are as important to the school atmosphere as the library staff!

– Read, play, and write as much as possible. See knowledge as the wealth it is!