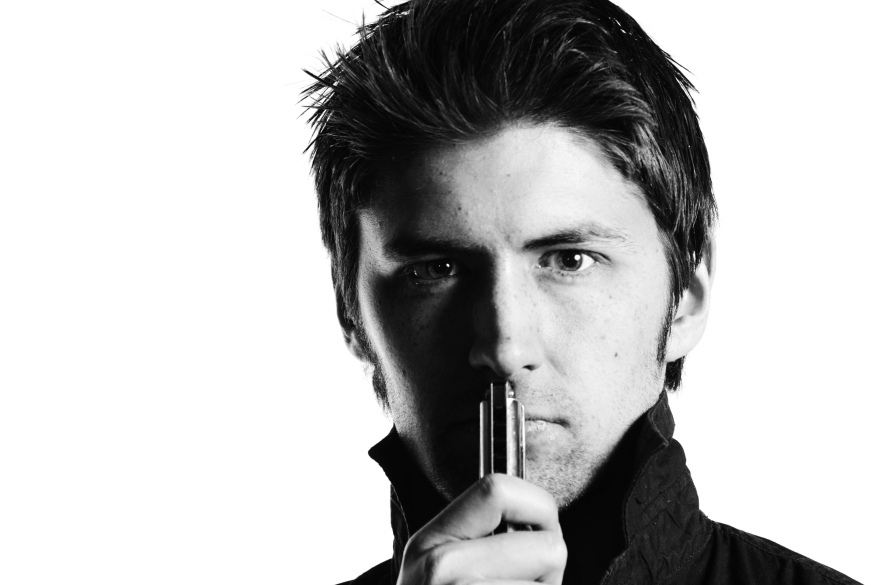 Michael Fall, world champion in harmonica, has studied at the School of Music at Luleå University of Technology. Photo: Pressbild

In the German city Trossingen every four years a great harmonica festival is organized. Harmonica players from around the world gather to compete in various categories. Mikael Fall entered three of them. In the category of blues, rock, folk and country, he chose to play his own version of Amazing Grace.

From music teacher to composer

Mikael Fall first wanted to become a music teacher. But after two years studies, he realized that he wanted to get better at music before he started teaching. He switched to the Bachelor Programme in Music and graduated in 2011.

Among the teachers at the School of Music, he wants mentions the harmonica teacher Mikael Bäckman, Professor Jan Sandström and Johan Ramström that all has helped him develop as a musician and composer.

- The possibilities in Piteå are amazing. You can start any type of band you want, there are always students who are eager to join. There is nothing like it in the rest of the country, says Mikael Fall.

– That's why I entered the competition, to make myself face the pressure.

In front of 300-400 people, he played Amazing Grace. It was not his best performance ever, but it felt good. At the awards ceremony, all participants stood on the stage. There was a podium where the winner and first and second runner-ups would be standing.

One by one the contestants were called up. When it was just Mikael Fall, a Russian and an Italian left he realized that the first place was within reach.

– But once I won I almost fainted. My legs were about to collapse and I had to hold the price behind my back because my hands shook so much.

Wants to record an album

Now he hopes to be able to record an album and collaborate with other musicians. A contract with a good harmonica manufacturer would also be nice.

– I'm still in shock but I'll try to just ride this wave now.