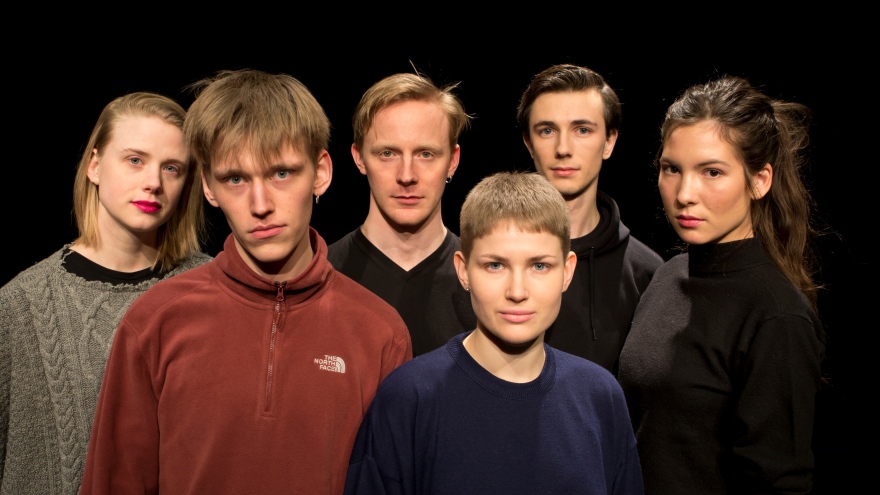 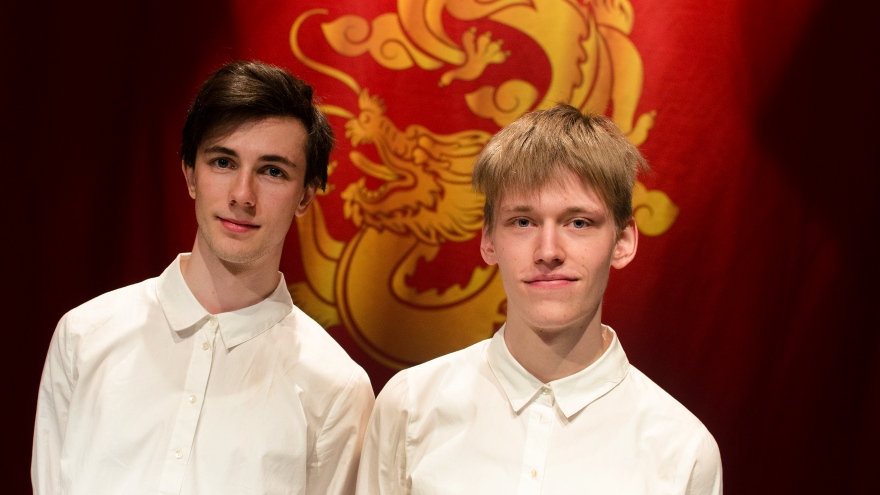 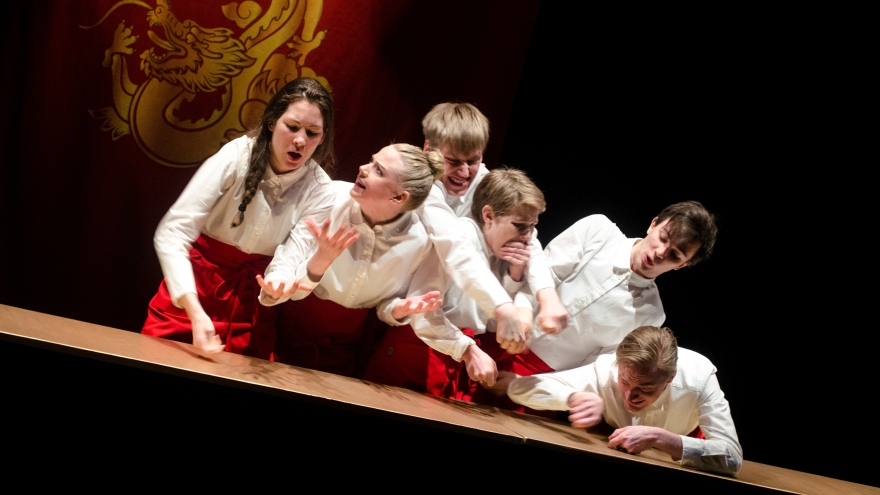 – The theme of paperless immigrants is really up to date and I think that now that we got the chance to choose a piece for the graduation production, we feel that we chose a topic that we all know is important, says Nils Wetterholm, an student at Adrian Nordin agrees.

- As I see it, theater should always be relevantt. To me it is the definition of theater. Otherwise it's just an game.

The play Golden Dragon is written by the German dramatist Roland Schimmelpfennig and is mostly played in the restaurant Golden Dragon. The main characters are the chefs on the restaurant and specifically one of those who suffer from severe toothache. Due to their status as paperless, they can not seek medical attention and end up taking the matter in their own hands. Something that would turn out to be a fatal decision.

– One of the biggest challenges for me is that the play deals with a very heavy topic. Although the play contains a lot of comic elements, the horror of life is also present. It has happened more than once that I went home from school and thought about what a cruel world we live in. On the other hand, that is what theater is supposed to be, we want to be able to talk about our world and create debate, says Nils Wetterholm.

All six students in the class immediately knew that the Golden Dragon was the play that would finish their time at the Theater Academy in Luleå.

– We all know that we have found a text we like and a director we like so you almost get worried about how it's going to go. Since the text is quite simple and the play is short, we have really been able to focus on all parts very carefully. It's a luxury to work with the text and the performance in so many ways, says Nils Wetterholm.

– The play is also a little cryptic about how these stories are related to each other. But I think Rasmus Lindberg (the play director, editorial review) has worked really well to get everything together. After all, 48 scenes are being performed in 90 minutes - with very tight transitions, continues Adrian Nordin.

The premiere will take place at the Theatre Academy scene on Saturday 28 April. After that there are seventeen performances at home before the play ends with four guest apperances in Stockholm.

– Premiers are always scary. I often feel that you are not really ready. But first of all, I think it's going to be fun to play. That we can play 18 performances here in Luleå feels like great fun. It's like a short marathon we're doing together, says Nils Wetterholm.

The play marks the beginning of the end at the Theater Academy at Luleå University of Technology. A journey full of impressions.

– It has really been an intense period. There is so much that has happened that it is difficult to summarize everything. Every day, you grow a bit as a human being. It may sound like a cliché but it is actually true and describes how this time has been. It's very developing both as an actor and as an individual, says Nils Wetterholm.

– Personally, I do not feel like the same person now, as when I first came to the Theatre Academy. Me and Nils also came directly from high school and are by far the youngest in the class. This means that everyone will take different things from this time, depending on where you are in life. But it has been extremely developing, says Adrian Nordin.