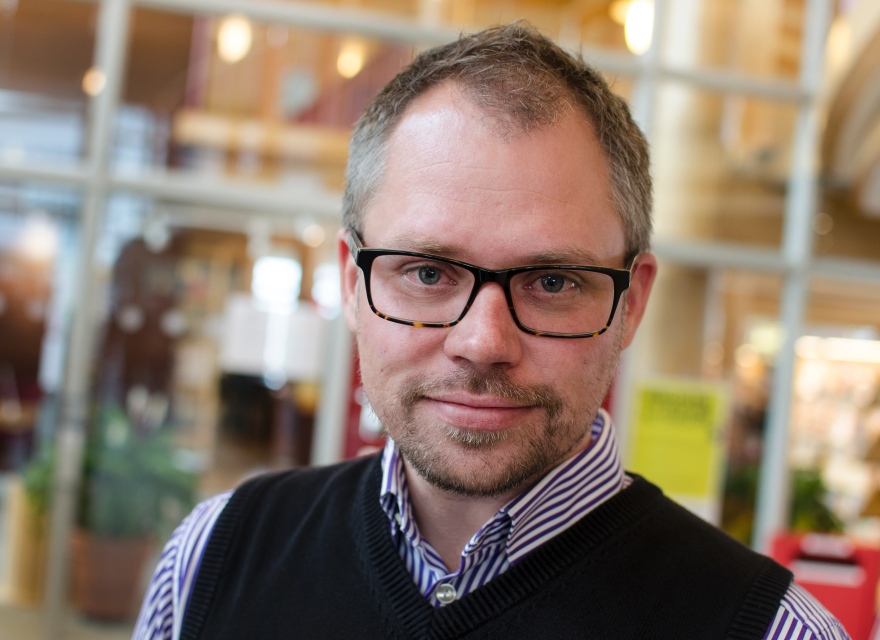 Jesper, you are currently working at Goodbye Kansas as a VFX Supervisor (Visual Effects Supervisor). Could you briefly describe what you do and what the best thing about your job is?

– Goodbye Kansas is a media group who among other things own Fido in Stockholm. We are the equivalent of Fido in London. As we are a very new company everyone helps out with what they can, but normally as supervisor, I am the creative contact to the client. What I like most about the role is that I'm involved in the planning of how we will achieve the effects, the filming and seeing it through to the end of post.

I've always had fun on the film shoots. It can be very intense with long hours, often in another country or on another continent. Going from one shoot straight onto another like most who work in the film industry would be too much so it's a good balance to mostly be in an office but to occasionally get out.

What do you think it was that got you your current job?

– After 6 1/2 years in Vancouver I moved back to London. In Vancouver I worked a lot with a producer I also worked with earlier at Double Negative in London. Through him I got in touch with one of his friends who had just become CEO of the newly started company Azure. It sounded like fun with something new again but unfortunately the financiers gave up after the first project. Instead of searching for jobs individually a few of us decided to stay together and sell ourselves as a group to another company. Goodbye Kansas had just set-up an office in London and wanted to grow so our little group with the jobs we had at lined up suited us all.

In short, through a contact. When I think of it, all the different companies or projects I've worked on came through a first or second contact. The entire film industry seems to work that way.

– Even back in 95/96 when I took the course it was unique. Not only did we had access to very specialized hardware and software, we were taught the basics and principles of Computer Graphics and other things related to television and film, often with interesting guest speakers. I fondly remember a course we had about the image language in film that I would love to take again as a reminder.

As students we also had a very good cohesion, both during school and socially. Everyone helped each other out. Most of us who were there thought it seemed fun with the blend of technology and creativity before we even realized that you can make a living out of it. We felt privileged to just be there.

The course is constantly trying to be a step ahead. Other courses tends to teach you about a certain software but there is no program that will give you the broad industry knowledge as Computer Graphics at Luleå University that I know uf. It’s unique in the world.

– Don’t be discouraged if it doesn’t seem to be any jobs out there. In my 20 years of experience there’s is never enough people but as we are working on projects it’s very much about timing. In the summer it can be difficult in films because much is filmed during the summer so the companies wait to hire until  the work to comes in later in the year. It is similar for TV-series.

Once you're in it take the opportunity to try different disciplines and work places. It’s easy to become typecast and end up feeling a bit stuck. I ended up in London pretty quickly after the course and stayed for 12 years in essentially the same company (with the same people anyway) before a pregnancy made me try Canada (no, I did not run away from one. Vancouver seemed like a simpler place than London to have a child).

– There has been a lot of talk about IP (Intellectual Property) in recent years. The Youtube wave has definitely helped with that. VFX companies have not quite figured it out there yet but I believe it will become a bigger part of what we do. With the rebirth of VR there are even more opportunities.

Companies are becoming less specialized in only one thing like feature films. HBO, Netflix, Amazon, etc. are putting more and more money on TV series so there’s no longer such a big difference to work on a Hollywood movie as Game of Thrones for example. It will make businesses more stable when the industry has historically been plagued a bit from artist contracts not renewed between projects.

Internationally, I believe China will be next to build a substantial VFX industry. I came to London before Harry Potter and 10 years later more jobs came through London than LA with jobs growing ten fold. It was similar in Vancouver but it only took 5 years. China often beat North America at the box office and make more and more of their own productions so more and more work opportunities will pop up in the region.