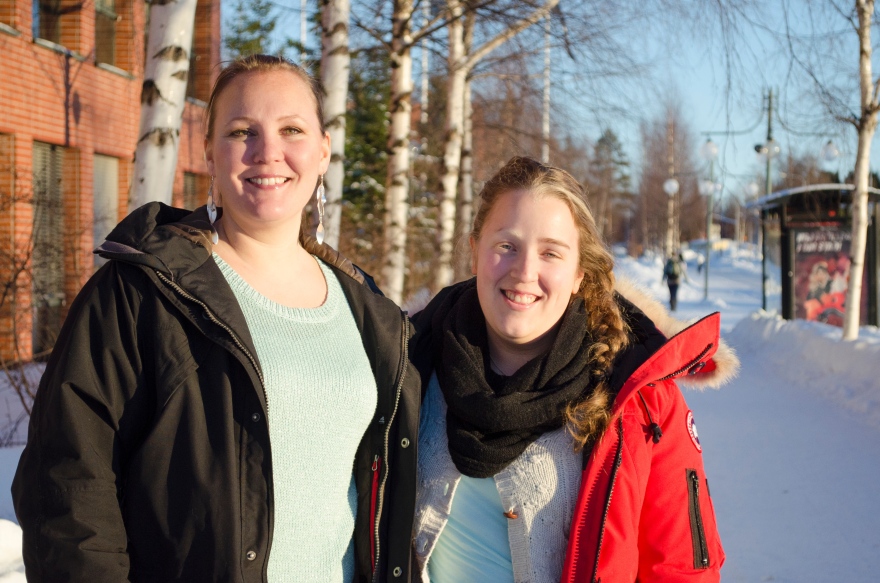 The education for Preschool Teachers at Luleå University of technology are both a on campus and a distance education, the profile of the program is the field of science and technology.

- I commute from Skåne and it is of course a lot of travelling but I still chose LUT  because I heard such good things about the program and had seen that it was possible to go abroad for internship, says Christine André

The idea of ​​studying abraud awakened for Christine André already when she went to Canada as an au pair a couple of years ago. Together with the mother in the family plans were made and Christine got in contact with SWEA which is a global network of about 7500 Swedish speaking women in 73 departments and 33 countries. One of the women who got to know Christine runs a nursery school in Vancouver, and when she launched the idea of ​​placement in Canada for her and her fellow student Angélicka Soderberg, it proved to be a valuable contact.

- We emailed her and five minutes later we got the answer, "Come!" And on that way it is. It is important to start in good time and be active to get a good internship abroad, I think, and so it never hurts to have a little luck, says Christina André.

With the door wide open to the future

Angélicka Soderberg had already a couple of years in the profession when she decided to study to become a preschool teacher. She commutes from Stockholm where the family with her husband and four children and find it works well to combine family life with distance learning. Although she did not immediately have their sights set on a career in another country she sees five-week internship abroad as a great opportunity.

- One must dare to win. Sure it may be a little to arrange when I have a family and so but I still think this is an incredible chance to develop not only my language but also take part in a different school culture with other educational models and tools, says Angélicka Soderberg.

Christine André however like to work outside Sweden after graduation, maby in Vancouver where she feels she already has a network.

- The dream for me would be to start my own preschool there and then I can not imagine a better start than this. There is so much to organize now before we go that I barely have time to long for it, but I am excited, says Christina André.