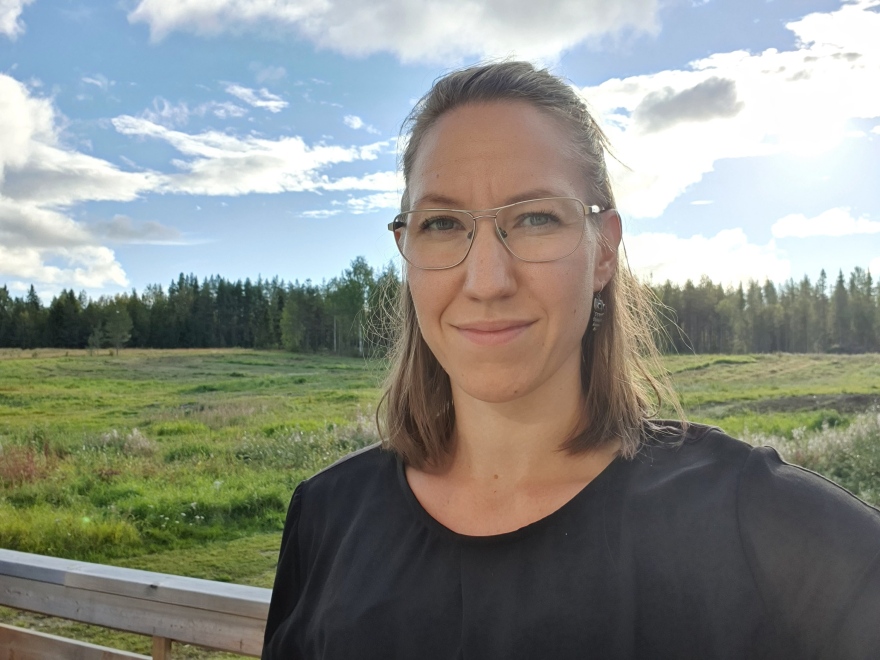 NATDID's task is to support school development at the national level in science and technology by disseminating results from current didactic research to those who are active in the school.

The goal of this is for teachers to be able to put subject didactic research into practice and thereby let the school rest on a scientific basis.

The center is located at Linköping University and is led by a board consisting of representatives from both the school world and the university world.

− It feels like a great honor. Just being nominated by my supervisor, Anna Vikström, felt great and to then become one of the winners is absolutely fantastic, says Sandra Mårtensson who completed her studies in the basic teacher program at Luleå University of Technology in the spring of 2020.

The idea was born during lesson

The idea for the degree project with the name Is it alive? How teaching can be designed to give younger students the opportunity to develop their understanding of the concept of life came during a lesson with students in year three at the school in Lycksele where she worked during her studies.

To investigate this, Sandra Mårtensson planned, conducted and analyzed a lesson series with a class of students in year 3.

During the work on the study, Sandra was forced to examine her own professional practice at the same time as her pedagogical skills developed.

− The work with this study gave me the opportunity to critically examine myself and the teaching I conduct. I have definitely increased my awareness of myself as a teacher and how I, in collaboration with my students, can conduct successful teaching, which will benefit both me and my future students in the coming professional career. My thesis has given me the opportunity for a professional language where the scientific perspective is woven into the everyday. It also means that I as a teacher focus on what the lessons are intended to lead to.

Sandra Mårtensson studied the basic teacher program with a focus on preschool class and primary school year 1-3 during the years 2016-2020. Thanks to the distance form, she was able to combine studies and work at an elementary school in her hometown Lycksele.

− For me it was perfect! Since I live in Lycksele with family, it did not feel relevant to move to another place for studies. In this way, my family was not affected by my career change. I have also studied once before at university, so I had the study habit, which I think is an advantage in distance education, says Sandra who remembers back to her study time and her classmates with warmth.

− When you look back on something, it is usually the positive things that first pop up and in this case it is first and foremost the support that the study group gave. Already the first week we were divided into groups and our teachers emphasized the importance of supporting each other in the group. My first thought with these studies, since the education is at a distance, was that I would run solo and fix this on my own. But the group I ended up in has largely followed during all four years, a couple of new members were added during my studies and some found other groupings. Having these individuals on hand, in both headwinds and headwinds, has been worth its weight in gold!

− Find studymates in the class, they are important to have as support during the study period. Make a plan and follow it. For me, it was also important to think about how I could in practice have use for what was worked on during the courses, not just do assignments to get a grade. It gave me increased motivation.