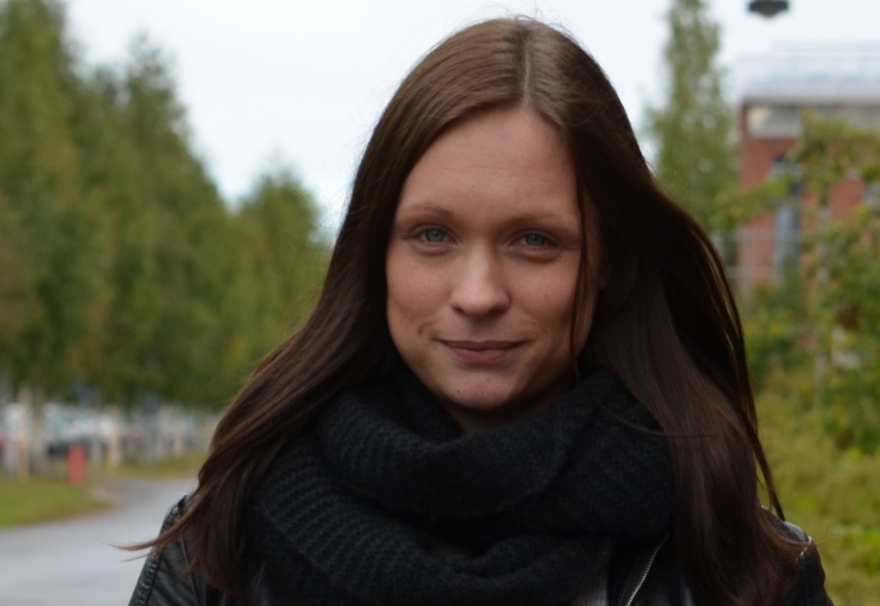 Frida Carlsson is from the small community Hoor in Skåne and found her way to LUT thanks to her partner. She frist read separate courses, including English and slowly got used to her new hometown.

- It was a bit cold and dark from the beginning but soon I noticed that I like the winter, it's for real. Now I try snowboarding too and we have been both to Riksgränsen and the much smaller facility in Måttsund.

Since my boyfriend study to become a engineer and the jobs of such might well be abroad Frida since long had her sights on work abroad. Through her uncle, who have lived in South Africa for two years, she gotten in contact with two schools in Johannesburg and now that she is in her last semester, she has five weeks of training ahead of her.

- I will go to Johannesburg and begin practice on Oct. 1. Now I begin to be a little nervous, or rather excited. It will be so fun and so it's summer there also and 25-30 degrees.

The two schools in Johannesburg are called Nursery 345, which is for the youngest children, and The Carlswald house, which can accommodate older children. The school system in South Africa is different from that in Sweden, but in common is that the kids there too begin in pre-school at age six.

- Schools are within walking distance from my uncle where I will stay which feels good and secure when Johannesburg may not be the safest place on earth. But I am not worried, it will be great fun and I look very much forward to the trip.