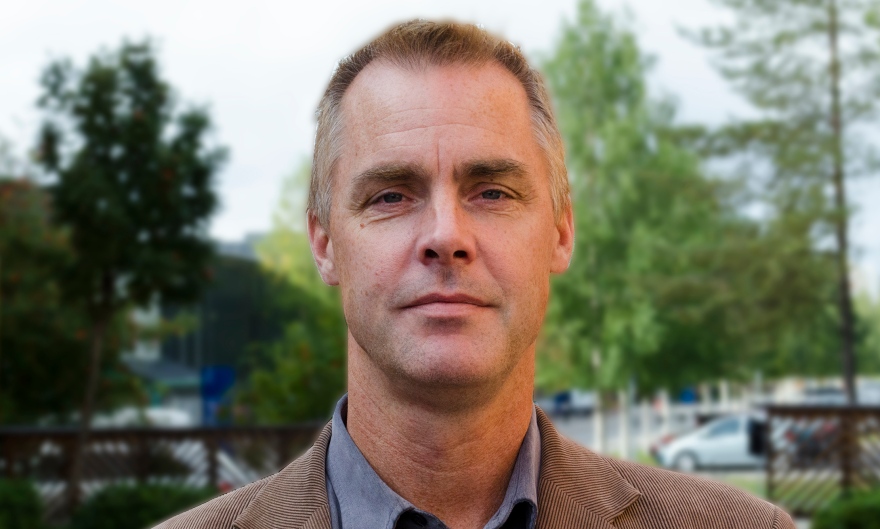 Fires, chemical accidents, traffic accidents and floods are examples of incidents where fire engineer should have the knowledge to act.

What is new under your leadership?

–  We have a new exercise in evacuation modeling. It is an important part of fire consultant's work and we plan to introduce more and more advanced step in terms of evacuation. We have also made it easier for students to complete their training with an optional legal overview course, says Michael Försth.

The students on the Fire program works extensively with computer calculations of different complexity. It is important to understand the pros and cons of different types of computer modeling.For practical exercises there is a very advanced labs available, CompLab. Practical applications and exercises are also carried out on emergency services training center Hertsö Fire Training ground and at MSBs facilities at Sandö.

–  We will look more at active systems, that is, fire detection, fire alarms, and different extinguishing systems, says Michael Försth.

Professor Michael Försth have a shared position at the department of structural engineering and fire at Luleå University of Technology and as research director at SP Fire Research. Michael's research interests are mainly in fire physics, including spray physics and radiative heat transfer.

About 30 years ago, Ulf Wikström developed the software TASEF for calculating temperatures in building structures exposed to fire. The calculated temperature may then be used to calculate how long a structure can resist a fire. This software is being updated regurarly by Ulf Wickstrom in collaboration with Professor Virdi at the University of Aarhus, Denmark. The computer program can be used for free by students at Luleå University of Technology in several courses, and often have a central role in theses where fire safety and fire development are examined.

Earlier this year, an article was published the Journal of Fire Sciences, a scientific journal in fire technology, which was a minor rewrite of the thesis that the student Andreas Häggkvist presented in 2012, with Ulf Wickstrom as supervisor.

You have some critics, what is it considered controversial with your theories and computational models?

- One might think that the basic theories of temperature and heat flow would be a completed chapter by now. Temperature is the most crucial parameter for understanding development of a fire and spread, and its impact on vulnerable structures. They lose their resistance when they get to high temperatures. Examples are the towers of the World Trade Center that survived getting hit by airplanes, but they did not pass the subsequent fire. But unfortunately, there is disagreement how to express what is the thermal effect of a fire. Partial explanation of the fire, it is about very high temperatures, sometimes in parts of buildings, over a thousand degrees, and then influence by radiation in most cases more important than the impact on convection and high gastemperturer. It's something that we work a lot and we teach to the students that one must always consider both. For this, we have developed a unique pedagogy and partly new concepts. The partially new theories presented to the students in a draft textbook that we use in education, says Ulf Wickstrom.

What is going on this summer?

- In the spring we started eight thesis, two of which will be presented on June 5. One of the two is about the development of a gas burner for Bofors Test Center in Karlskoga. They want to use gas instead of kerosene to evaluate EOD sensitivity to fire. In order to compare the influence of the two fuels they also developed a measuring probe according to our theory that simulated a grenade.
The second thesis to be presented is about the calculation of the temperature of the outer pillars. With an American program for simulation of fire (FDS) first calculated the thermal impact from utslående flames and then calculated the temperature of the pillars using TASEF. The results are then compared with calculations according to the European norm for structures (Eurocode). Unfortunately, it appears that those in this case, are substandard, says Ulf Wickstrom.

Ulf Wickstrom is working at SP Technical Research Institute of Sweden as a "senior scientist" when he is not a teacher at Luleå University of Technology.