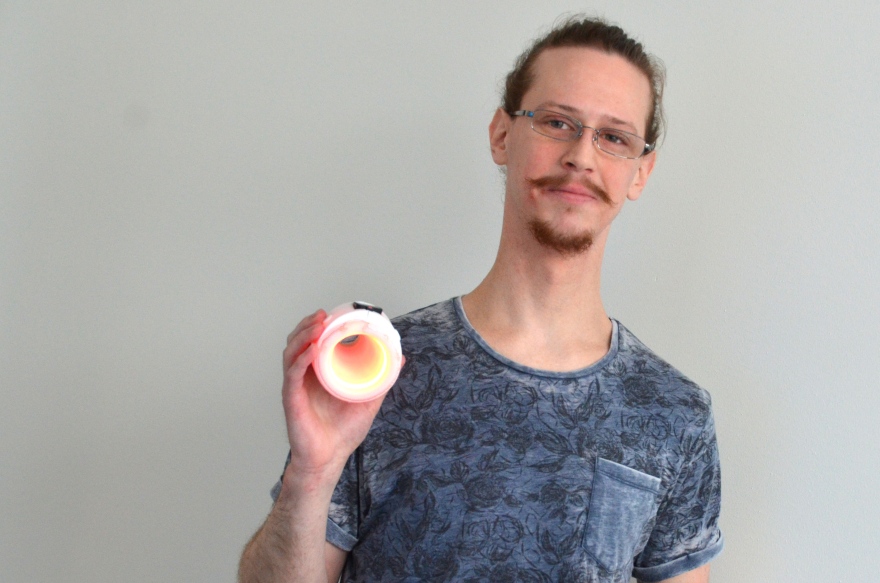 Harald Andersson is a student at the Master Programme in Computer Science and Engineering and has just finished his exam thesis: The extended clarinet. Photo: Linda Alfredsson View original picture , opens in new tab/window

It is the clarinet's lower part, the bell, that Harald Andersson has modified. Inside the bell, he has mounted microcontrollers with WiFi, motion sensors, LEDs and a battery.

– The main aim has been to focus on the sound, the musician must be able to influence the sound to get a more dynamic appearance. The musician uses gestures to interact with the instrument and can then affect the music in new ways, says Harald Andersson.

– For example, the clarinet player can record what is being played. By raising and lowering the clarinet, the recording turns on and off and the recording starts playing directly from a loudspeaker. Thereby, the musician himself can create several voices. 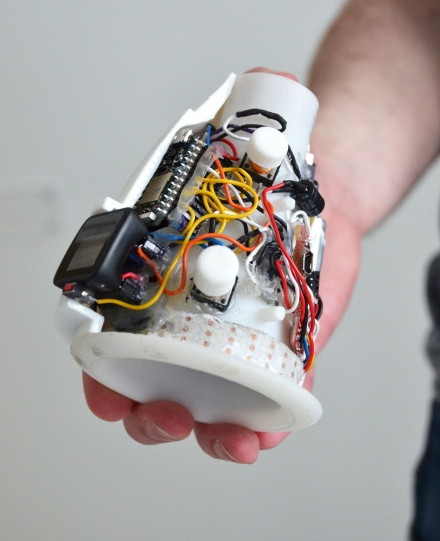 Even the colors of the light varies depending on how the musician is directing the instrument.

– For the musician it is important to remember how to move. It will be much like dancing while playing, Harald Andersson explains.

While working with the extended clarinet, Harald Andersson has collaborated with musician Robert Ek.

– He could identify flaws that I could fix right away, it has been a rewarding feedback.

What has been the most fun while working on the clarinet?

– That I had to work with so many different areas. And to work with a real musician, it's great that the instrument is actually used.