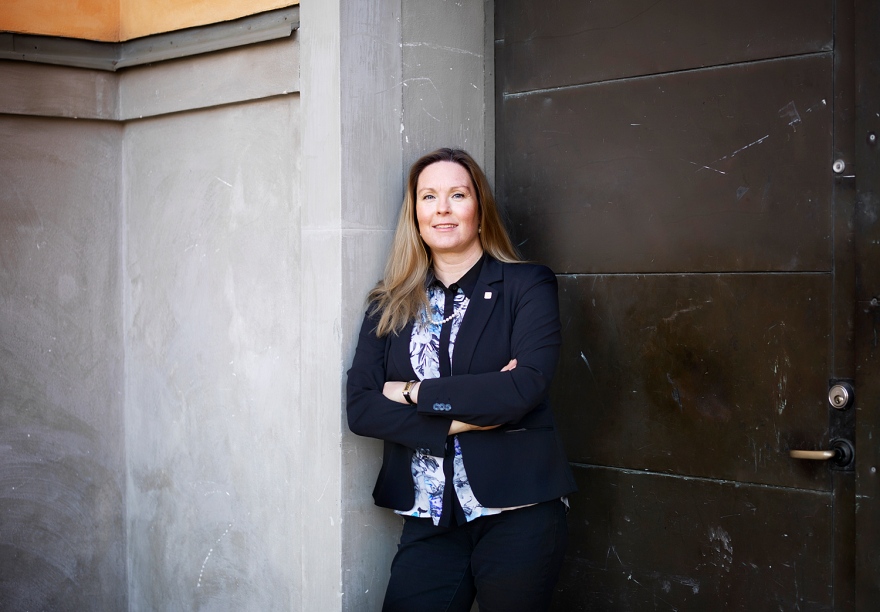 Maria Häll began her career as a student at LTU and is now head of the Swedish University Network, SUNET. View original picture , opens in new tab/window

The year is 1982 and decades remain until well-known concepts like Googling, Facebook servers are common. A young Maria Häll stands on the threshold of the adult world and will choose her higher academic studies - a choice that will permuate throughout her entire life.

- It was my dad, who is a civil engineer, who told me that computers are the future. The university in Luleå had a brand new programme, Computer Science which I applied to. High grades were needed because the programme was popular. The PC had barely arrived at this point. It turned out that I was the only girl in the class. There was a lot of commotion, an article in the newspaper microcomputer, Ladies World and Aftonbladet, says Maria Häll.

Today, she is a force to be reckoned with in the telecommunications industry. When NyTeknik ranked the most powerful IT personalities in Sweden in 2005, she ended up in sixteenth place with the nickname "The IT-anchor". But the road to the top was long.

After graduation, she worked in lots of different places in Sweden. The expression "slipped on a banana peel" occurs several times during the interview. She has worked as the IT coordinator at Sandviken Municipality, in the steel industry for SSAB and Ovako, responsible for network GavleNet in Gävle but also been an IT-consultant for the Ministry of Industry.

- I've had jobs that have been diametrically different in both the work environment and tasks. To try new things is a driving force for me. Such was the case with my new Sunet job well. I say to my own kids: You do not have a plan ready for life. You get a chance and take it until the next one pops up. If you walk a genuinely good education like Computer Science, things will fall into place.

The IT industry is changing rapidly, both technically and in size. Maria explains that it is because of her curiosity that she manages to keep up.

- At the university, you learn how to learn, and to be curious. I have been with me throughout my career. You must like being a problem solver, whether it's a technical or social problems and be able to say this piece of meat should I sink my teeth in and solve.

What is most important to learn for a person who wants to study computer science and computer engineering?

- Programming is logical thinking and engineering programs are largely technical, so you should have a genuine interest in technology and like math.

At the same time, IT has become a fundamental factor in society. To digitalize the business has become common practice. Maria Häll mean, however, that there are still gaps to overcome.

- We work not only with technical solutions, IT is a lot operational issues and about usability. You cannot dust off a complex system to someone who only have managed easy financial systems in the municipality. Ease of use is key to good IT-services. Userside and developers must approach each other more. This is particularly true in the public sector.

Maria Häll is not afraid to admit her flaws. She says that she didnt know anything about the Ministry of Industry when she started there and that she neither knew anything about how a municipality works when she took the job as an IT manager for Sandviken. She learned by asking.

- It is embarrassing to give the impression of being a know-it-all. The best way to learn is to ask for help from others who can. To recognize your own shortcomings also means that you match expectations better. It will be more fun and easier to work and you learn faster and enter the professional role quicker that way.

At the time of the interview, Maria Häll has had six days on the new job as head of Sunet, but she has already identified a number of areas that she wants to focus on to begin with.

- Researchers in Sweden will have increasing needs for data transmission and in the future. We will be able to support even more than today. I will try to cultivate good relationships with universities and researchers who need our services. We will look at things that we could do but also things we do, but should not do. It is important insight to understand its limitations.

How does Sweden maintain a leading IT-position in the world?

- We must invest more in research that leads to new products and new businesses that generate jobs. We have to solve problems on how  new businesses support themselves during the incubation period until they generate money. We may lose good ideas and great products because our system is too complicated. Sometimes you have to go on a mine to succeed next time. Failure in Sweden rarely gives you more money. It is wrong to kill initiative. We can improve, I hope, says Maria Häll, newly appointed head of the Swedish university network.