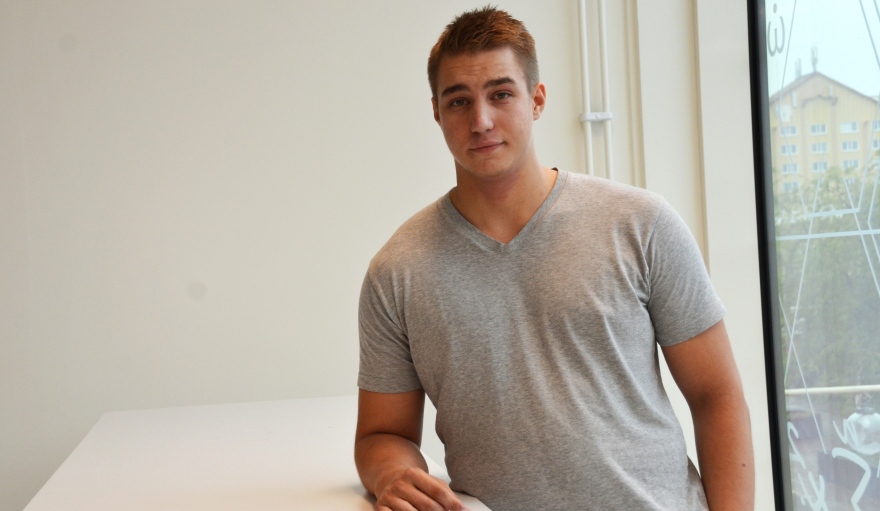 William Lundin is in his second year on the Master Programme in Computer Science and Engineering. During summer, he worked as a software engineer at Ericsson and also learned that he was called for an interview with the Developer Student Club Lead – Google Developers.

– I had to go through several interviews via link to Google in Paris. The interviews were about my personal qualities and my technical skills, says William Lundin.

It is also to Paris that the participants in the programme will meet in early October. The purpose of the programme is to train students who, in collaboration with Google Developers, can tutor and network with students interested in software development.

– In Paris we will learn more about leadership and how to create networks. But we will also get lectures on Android app development technology, says William Lundin.

Why do you think you in particular were accepted to this programme?

– Maybe because I do a lot of app development in my spare time. Already during high school, I created my first app that was released on the Google Play Store.

From the beginning, William Lundin had a dedicated gaming interest. But gaming soon turned into own projects and developing his own software

– I simply like to learn new things. It will be incredibly fun to be able to lead others in an area that I am so interested in. And I've always dreamed of working at a large company, so this is a great opportunity!

Read more about the Master Programme in Computer Science and Engineering