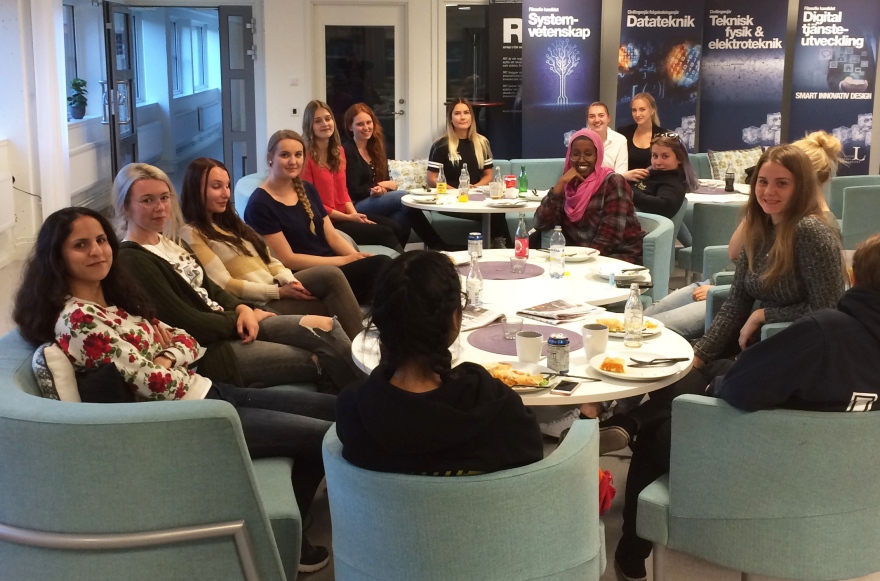 Now they've had their first network meeting this semester and the new students got a chance to meet them in higher grades.

– I think it creates a kind of security for the new students to have girls, or at least older students, to ask for help and advice. We, the ones that have been around for a while,  know how it feels to be new, says Sophia Caspár, student at the Master Programme in Computer Science and Engineering and one of them who has been involved since the Include project started.

– We talk and eat dinner and this time we also played some games. It creates a relaxed environment where everyone takes part on their own terms. No demands, no prestige – just good food and nice conversations with girls who have similar interests.

MakerTjej to increase interest in technology

In recent years, there have been several different activities within the Include project. For example, girls that have applied to one of the three programmes, have been invited to Luleå to find out what it's like to study at the university. Also, meetings with alumnus and workshops has been arranged.

A further object of Include is to get young girls interested in technology. On October 16, another MakerTjej is arranged, a full day of digital creation over three workshops.

– A new feature this year is that the girls get to program embroidery designs and create 3D games and 3D environments in Unity, says Peter Parnes, Professor of Pervasive and Mobile Computing.

More info and registration to MakerTjej