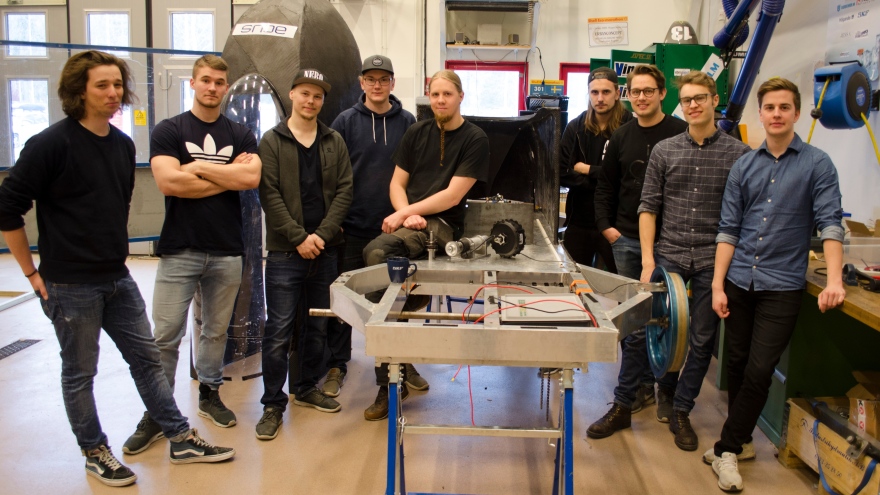 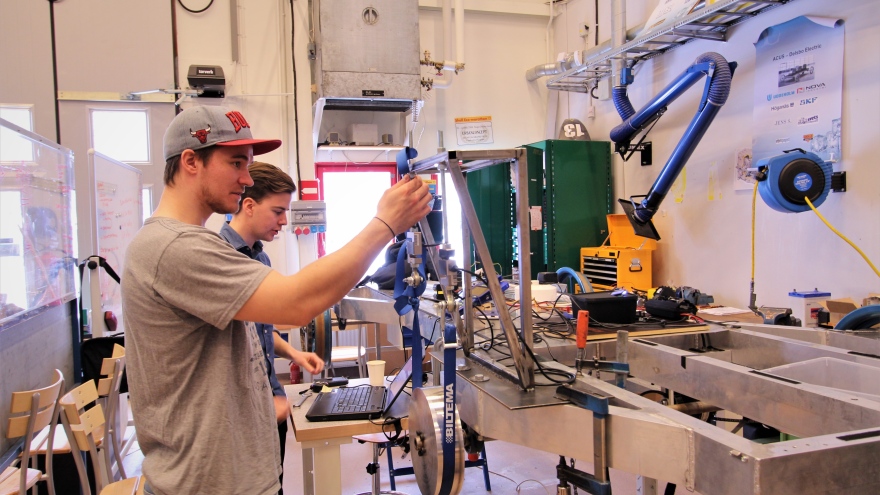 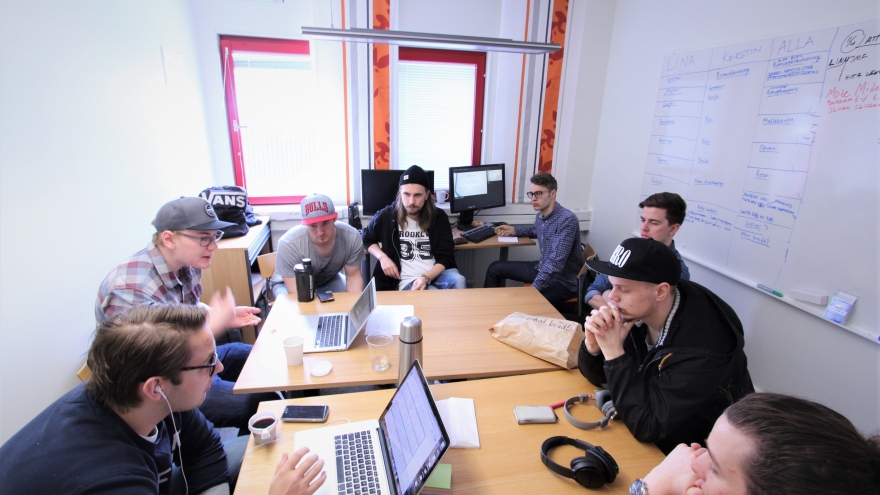 The competition is about to drive a battery-powered rail vehicle between Fredriksfors and Delsbo, a distance of 3.36 km, as energy-efficient as possible. Last year, the team from Luleå University of Technology managed to beat the previous track record, but still got to be defeated and finished second. This year's team, ACUS III, is hoping to take a long-awaited victory.

– We look forward to an exciting and nice event. We aim to win the competition and beat the track record. In order to succeed, we need to increase energy efficiency by at least 15 percent. Even then its not certain since our rivals may be even better with their optimizations, says Eskil Svensson, student at the MSc Programme in Sustainable Energy Engineering at Luleå University of Technology.

The main focus of the students' preparations for the competition is to optimize the powertrain and developing a system for recovering braking energy, a so-called Kinetic Energy Recovery System, KERS. They have also found more areas to improve, such as the replacement of bearings, freewheels and hubs.

– As for the tactics of the race itself, it's about finding the speed when the engine runs most efficient. We also need to maintain an average speed between 10-15 km/h, so we need to "pulse" the engine on those parts of the track that fits best. We have two days down in Delsbo to prepare for the race, says Eskil Svensson.

The vehicle consists of an aluminum frame that will carry six people. The body is in carbon fiber and aims to lower the air resistance. The wheels are made of a high performance aluminum alloy. KERS, the system for recovering braking energy, is designed as a classic dynamo function similar to that of a bicycle. To brake, a lever i pulled to allow a wheel to lie against the inside of a wheel on the drive shaft, which generates energy back to the battery. The biggest challenge for the group right now is KERS.

– The power supply that we need between the generator and battery, in order not to burn the battery, we have yet to resolve. No one in the group has enough experience of generators, batteries and power theory. However, we have received the help of doctoral student Fredrik Häggström with advice on how a suitable circuit could look like, says Richard Lindström, student at the MSc Programme in Mechanical Engineering.

The project is part of the project course Sustainable Living, read by third year students in the MSc programmes in Mechanical Engineering and Sustainable Energy Engineering. Students learn to work in a real project with sharp deadlines.

– To get where we want, we have to solve a lot of problems along the way. Working as an engineer is a lot about finding the best solutions with the help of theory and practice. During this project we have been working to mechanically and electronically achieve a better energy use for a vehicle. That we also get the chance to compete gives an extra spice to the project, says Richard Lindström. 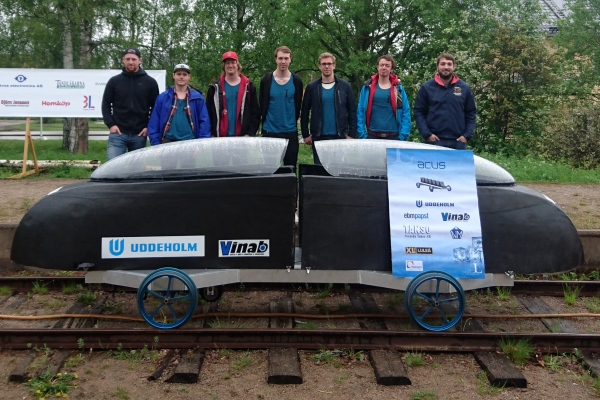 Also this year mechanical engineering students from Luleå University of Technology participated in the competition Delsbo Electric, which involves driving a rail vehicle as energy efficient as possible. The students stood for a strong performance when they beat the old world record and finished second in the race. 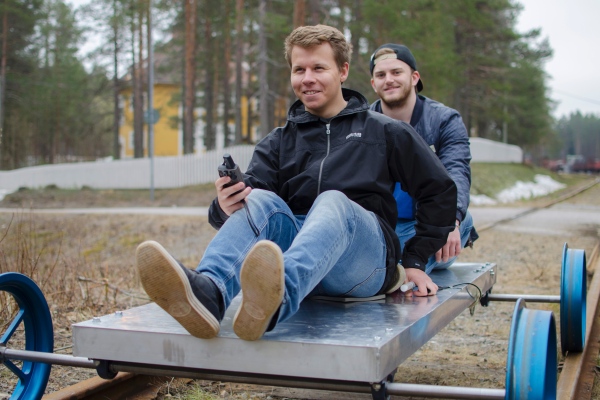 Student project that went on rails

Delsbo Electric is a competition that involves driving the most energy-efficient battery-powered rail vehicle on a distance of 3.36 kilometers. Students from Luleå University of Technology participated for the first time and finished in second place. 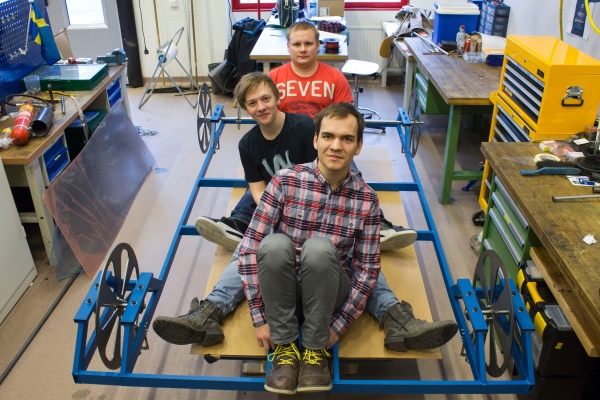 On the track with trolley to Delsbo

MSc Students at Luleå University of Technology has designed an electric trolley named Glinnka that they will participate with in the contest Delsbo Electric May 24. The trolley, which is a track driven vehicle, shall with the help of the smartest design be able to run just over three kilometers with as minimal energy as possible. The students have spent much time to the project.