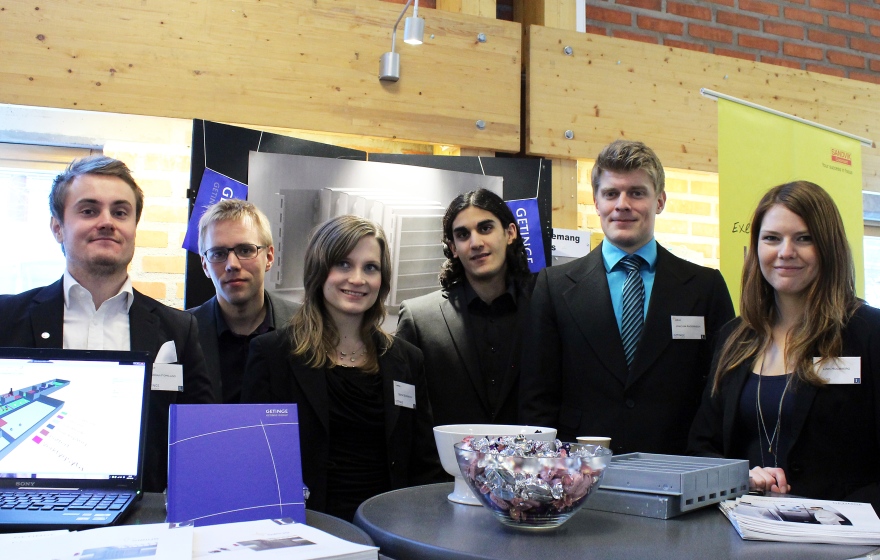 In the project course, students work on live projects and in this edition of Sirius a new company had the chance to work with some of LTU:s talented machine engineering students. Getinge Sterilization, a part of Getinge Group, is a world leading manufacturer of autoclaves, a kind of pressure cooker in which different types of materials can be sterilized which is something that is needed especially in health care. 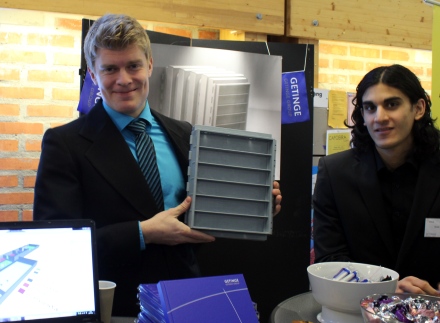 Students in "The Getinge Group" was tasked with both doing a layout on a brand new production of autoclaves, since the current factory layout had big problems with bottlenecks. They also had the task of producing a new autoclave door. Both challenges were solved with bravura.

– Through simulations, we were able to develop a new layout for the factory where a more logical flow was created. We followed the principle of "lean production", which simply put is more value for less work. Our proposal for a new door to the autoclave is based on simplifying the design, and from what we've heard Getinge Sterilization will make use of our solution, says project manager and mechanical engineer student Joachim Andersson.

He summarizes the work with Getinge as interesting and the largest project so far encountered in their education.

– The scope of the project itself makes it different and more interesting. Tricky at first, but after a while we got into it. It's been fun to work on site for a company, especially when the company was eager to find a solution right from the start, says Joachim Andersson. 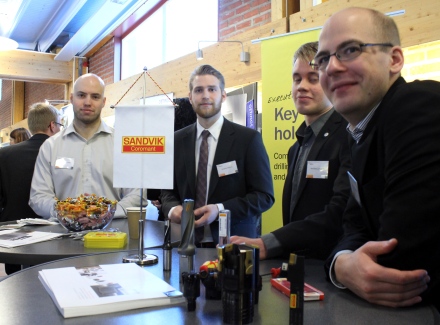 Another group had worked for Sandvik Coromant and developed a prototype of a high-performance indexable drill that can drill deeper than what is possible today. This was solved by a design that reduces tension during drilling, while the overall rigidity of the drill is high.

Their work has led to that some of the students will do their thesis at Sandvik Coromant. In previous years, the company has hired several LTU engineers who worked for Sandvik in the Sirius course. 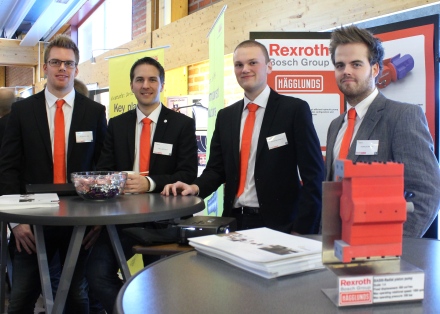 For Bosch Rexroth Mellansel a group was given the task to develop a high-efficiency hydraulic pump. The project manager Tim Lundholm talks about the work: 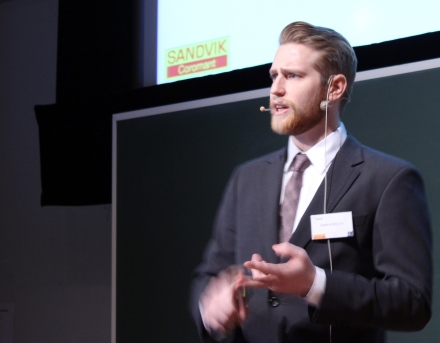 The process was the most instructive

The advanced technological solutions have been educative, but what students think has been the most rewarding with the Sirius course is that they had to take responsibility for the product development process as a whole.

– Getinge was impressed by our planning and our process. We learned that the planning was very important, to really think through what we do. Doing a risk analysis and listen to other people and be able to interpret their proposal, Joachim Andersson explains.

– The process in general has been the most instructive. We had to learn both the process and the product, and performed all the steps very thoroughly. The process of how to work in product development, we will be able to apply wherever we operate in the future, even if adjustments are necessary, says Markus Bohlin, project manager for "The Sandvik Group".

One of Markus Bohlin's teammates believes that the engineering education they received before the Sirius course had given them the right tools to solve the task.

– We have a basic understanding, that it is the most important, and we are quick to gather and absorb information.

"The Bosch Rexroth Group" are on the same track as the other:

– We have learned a lot about the process and to manage projects. Having a clear division of responsibilities within the group is important. It has also been interesting to see how much work that is actually behind a product launch, Tim Lundholm concludes.