Team ACUS in Delsbo for the competition. 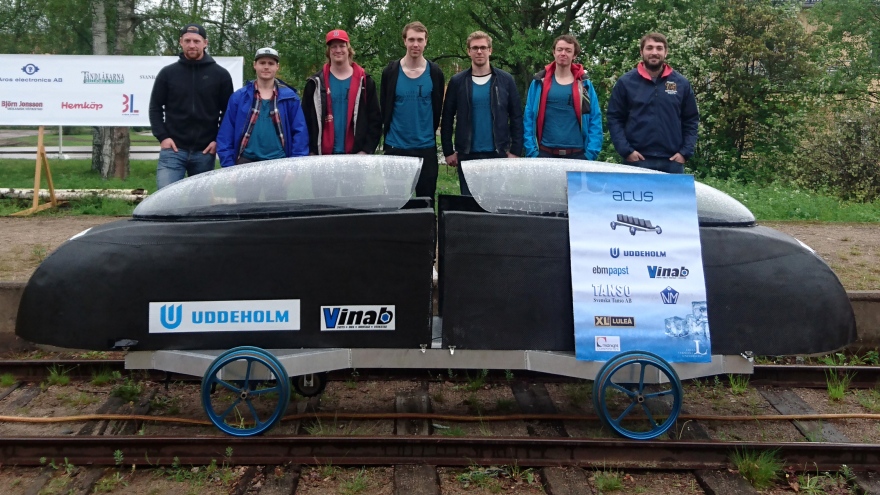 Group photo at the course Sustainable Living, where the project started. 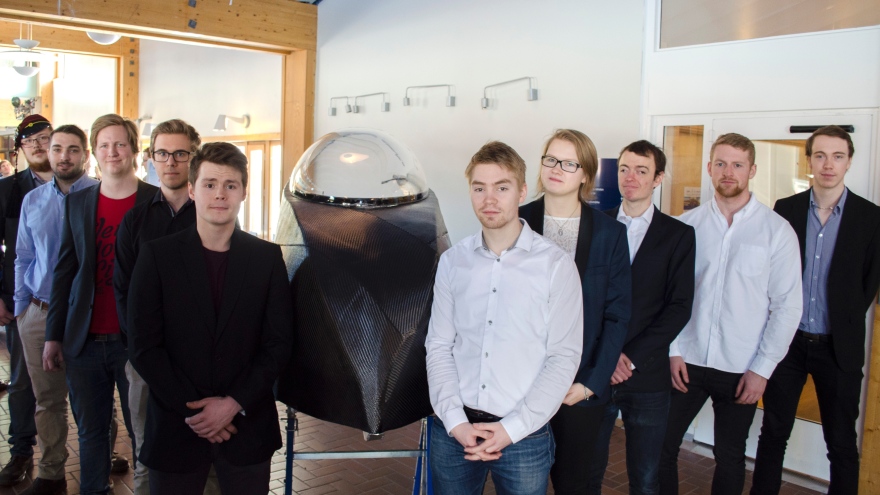 A device that will control the speed of the vehicle. Photo: Ted Karlsson. 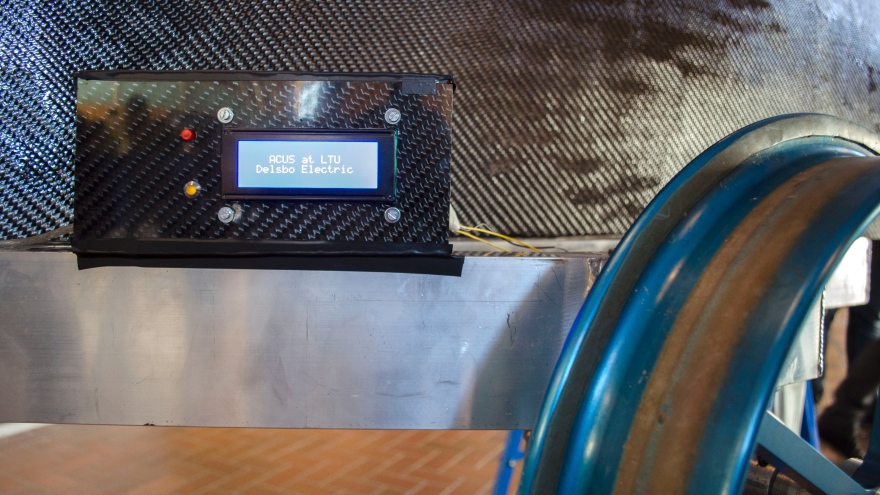 The vehicle in March, with only half the body being built. Photo: Ted Karlsson. 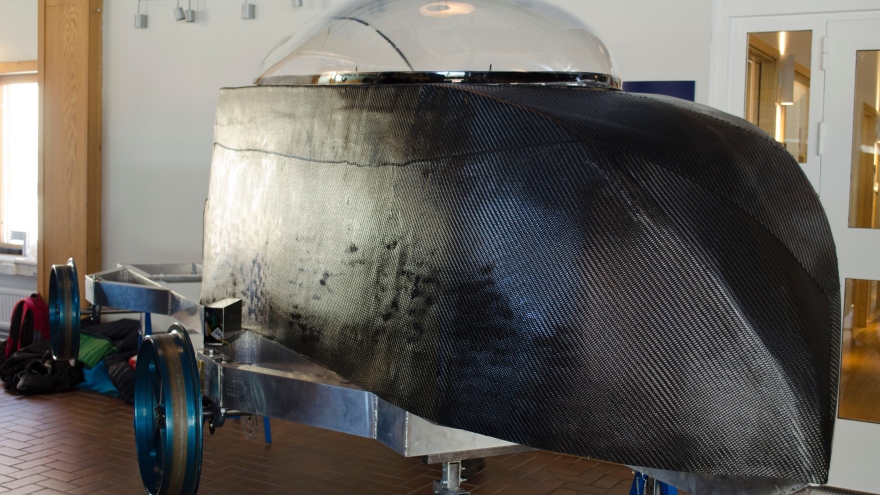 – We are very pleased with the result as we achieved our goal, which was to beat the previous world record, but unfortunately it was not enough to win, says Zebastian Hallsten, student of MSc in Mechanical Engineering at Luleå University of Technology, whose team came in on a respectable second place.

Delsbo Electric is a competition for students at university, college and senior high school that is about to drive 3.36 km on a railway track and use as little energy as possible. Each team builds a powered rail vehicle that can transport up to six people and keep an average speed of 10-15 km / h. Team ACUS from Luleå University of Technology further developed the concept from last year and managed to create a very energy efficient vehicle. The previous world record was 1.26 Wh per passenger kilometer. The team from Luleå successfully beat this as their result was 0.98 Wh per passenger kilometer.

– We are ten students who worked on the project since January as part of the course Sustainable Living. We have been able to reuse the wheels from last year, but since the rules changed this year allowing for six passengers compared to former three we basically built a new vehicle. There is an underlying aluminum frame profile for six people sitting in a row and to this we have made a body of carbon fiber that will break through the wind.

The students thought the event was very enjoyable with good connection between the teams and very helpful organizers. The greatest benefit was that we got to use our engineering skills.

– The best part was to apply what we have learned in the education to something practical. We have learned a lot about construction and electric motors. It was fun to work in a project that also gave a good result. The biggest challenge was to work in a large group and try to pull in the same direction, but it was also very educative, says Zebastian Hallsten.

A tip for future teams participating in Delsbo Electric is to use the same vehicle and try to optimize it as much as possible, and look into the potential for energy harvesting.

– As long as there is a maximum of six people who sit on the vehicle there is more to benefit in optimization compared to making a new design, says Zebastian Hallsten.