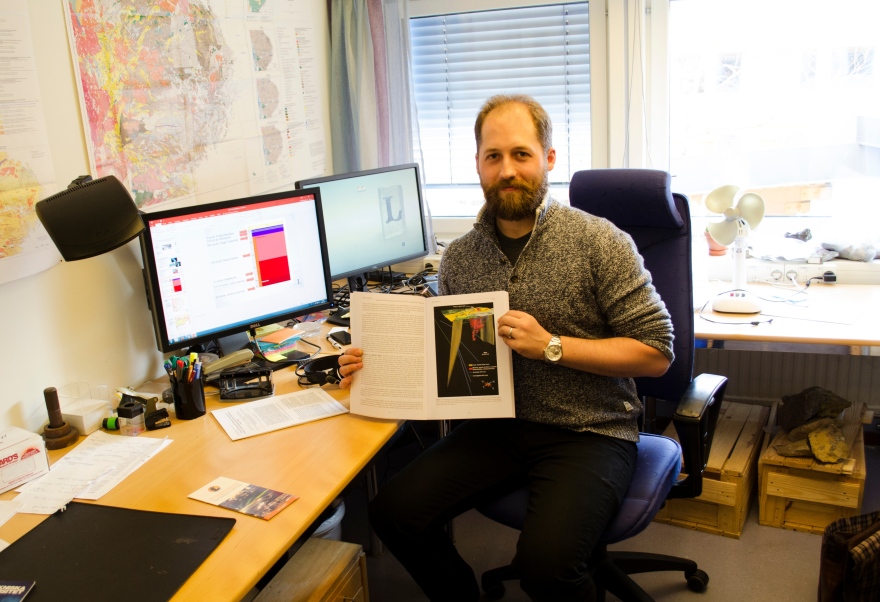 It often becomes a daunting perspective when scientists refer to the geological timescale. Earth's age is estimated at 4.6 billion years, while humans have only been here for a few million years. Dinosaurs started to wander on Earth about 230 million years ago.

"From an academic perspective, you have great advantages to do research at a large, abandoned mine. There are lots of available data such as old drill cores and previous research. Indirectly, there are also commercial interests connected to my work. You can, for example, use my models and results to find new, previously unknown ore bodies", says Tobias Kampmann. 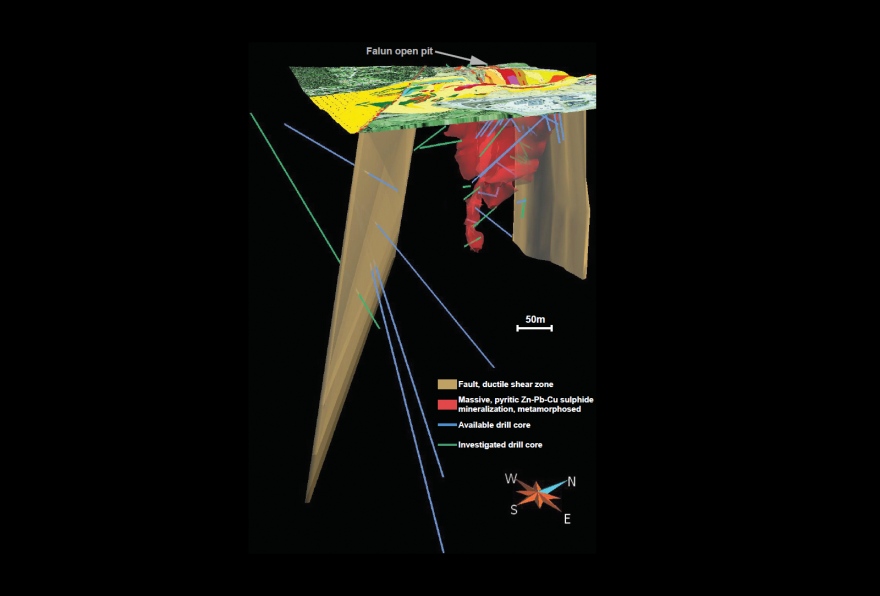 Three-dimensional model of the Falun mine. The red part is the main ore body with high contents of zinc, lead and copper.

The ores at Falun were formed by magmatic activity and fluid movements in the earth’s crust. These processes are linked to plate tectonics, which includes the collision or break-up of continents and is still ongoing today. Plate tectonics also causes earthquakes and other natural disasters.

"For example, in the Sea of Japan, similar processes to those that once created the ores at Falun are currently under way. However, during the almost two billion years that passed since the Falun ores were formed, there have been other physical and chemical processes, as well as movements of minerals that also affect where, for example, gold can be found in relation to the large ore body", says Tobias Kampmann.

In order to date the ore formation, a method was applied, in which the decay of uranium to lead, which is a slow but continuous process, is used to calculate the age of the ore.

"The dating of the Falun ores has attracted some attention. For example, I have been contacted by the Falun Mine Museum, who wants help with geological knowledge. But I have also been contacted by mining companies interested in my research for exploration", Tobias Kampmann concludes.