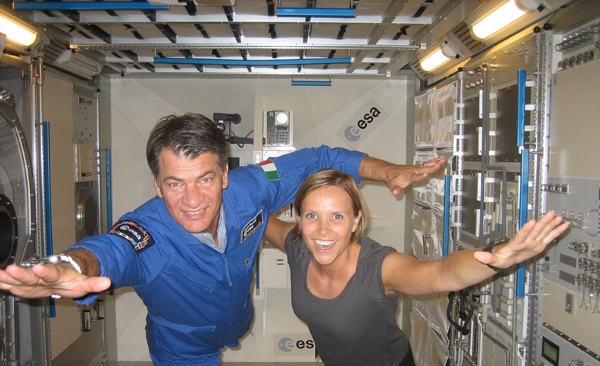 - I have had great use of my training and it has been estimated at ESA and other places I applied for jobs, says Sara Gidlund whose title at ESA's Experiment Coordinator.

She has worked at the European Space Agency for five years and the last two years as a permanent employee coordinator for several of ESA's space missions. Sara Gidlund is one of five in a project that coordinates experiments in countries that do not have its own space agency, which means many trips and contact with politicians, scientists and business.

Sara began her studies in Space, targeting aerospace and satellite technology at Luleå University of Technology in 1998 and ended with graduation in 2005.

Even in her spare time, Sara is focused on space and she is also friends with the Swedish astronaut Christer Fuglesang.