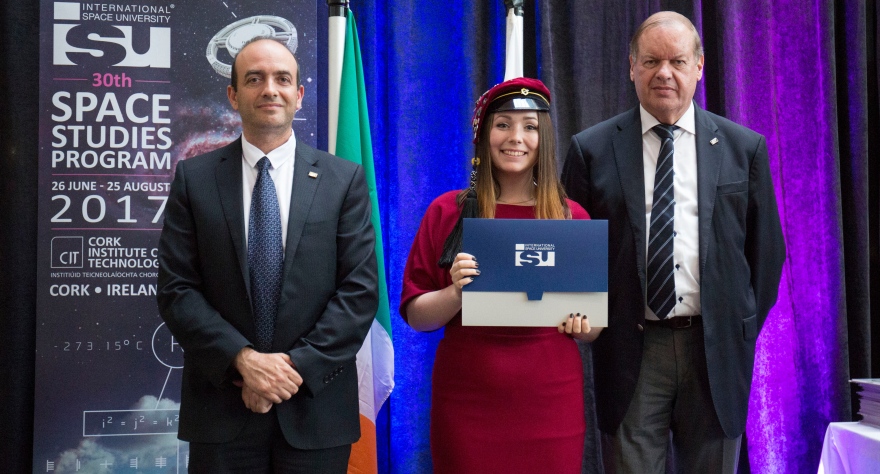 Space Studies Program, SSP, is organized annually by International Space University and this time the programme took place at the Cork Institute of Technology in Cork, Ireland. During two intense summer months, the participants learned about space and space industry.

– We had over 60 lectures on space-related topics and visited several space companies, says Terese Svensson.

– We have also participated in several group projects. Among other things, I participated in a project about the future of the International Space Station, ISS. We also had several workshops, for example, I built and programmed a Lego rover for a hypothetical assignment where we would navigate and collect samples on Mars.

In addition to all space-related, the program also included a lot of social activities and an opportunity to travel around Ireland and explore the cultures of different countries. Terese Svensson was not only the only Swedish participant in the programme – she was also the youngest.

– It was exciting to act as a representative for an entire country. And very instructive to only communicate with people from other places in the world over nine weeks. Mexico, China, New Zealand, Canada ... in total there were more than 25 countries represented.

– It is important to set and keep internal deadlines and to communicate within the group. These are two trivial things, but they really proved to be decisive for how a group performed. The groups that had an open and clear communication between themselves were always the groups that performed the best.

What was the most fun part of participating in the Space Studies Program?

– Without a doubt, to get to know all the amazing participants and staff. I also appreciated learning about different parts of space industry. Last but not least, we got visits from several astronauts and my diploma was signed by Buzz Aldrin, which is incredibly awesome.

What was most challenging?

– Probably to travel completely alone to another country for several months. And that sometimes, there was a to do in a short time.