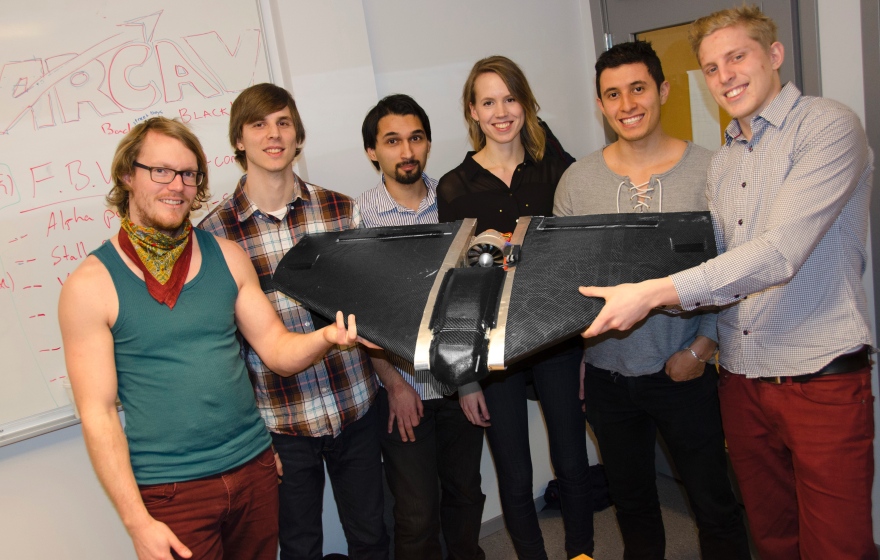 The seven students are doing their last year of studies in Space Engineering with specialization in aeronautics. The wing that they have designed and built, is called Arcav, Arduino Controlled Aerial Vehicle. The project work has been going on for half a year.

– I think we could greatly benefit from a project like this when we start working, says Daniel Peña and is backed by Dennis Solanki: 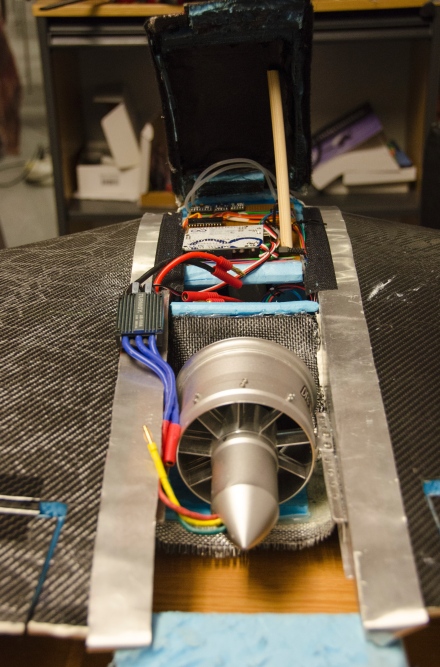 A look inside the flying vehicle.

– We have learned an incredible amount. The wing design is very different, we have spent a lot of time finding functional equations.

The goal of the design was two-fold. It should be effective to operate and have low air resistance. The wing is controlled by a radio control. The control sends values ​​to a microcomputer that controls the wing with the help of small electric motors. The wing has no physical vertical stabilizer, it stabilizes using the software, and it can move along three axes.

– We have programmed the software ourselves and also built the wing, says Niclas Bramstång.

– Many of the theoretical things we've learned during our education, we have put into practice.

The Students have used five different sensors to get the wing to function properly: accelerometer, gyroscope, magnetometer and altimeter and speedometer. The wing has a core of styrofoam, which in turn is wrapped in carbon fiber.

– Styrofoam is easy to mold and carbon fiber are both lightweight and strong. The actual middle section is made of aluminum and the whole wing weighs just over four kilos, says Daniel Peña.

What is the most important thing you learned during the project?

– To plan! And that things rarely work out as planned from the beginning, says Daniel Peña.