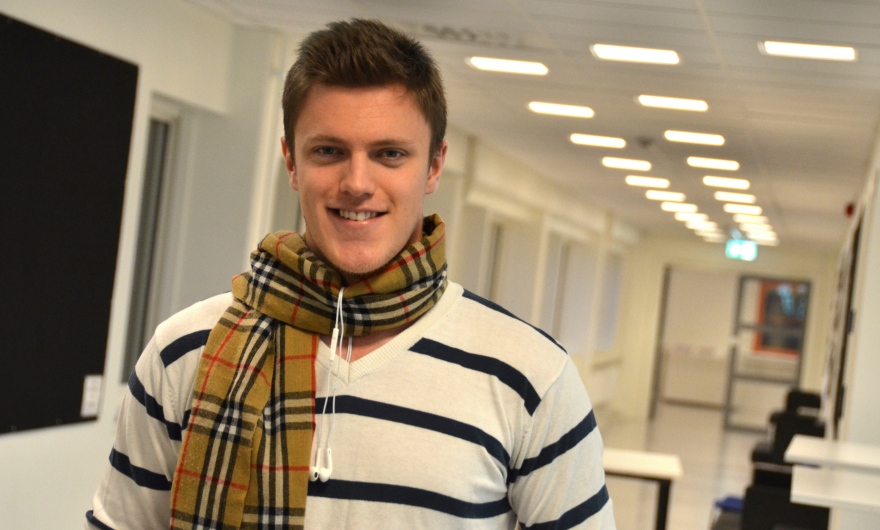 Joakim Rosenqvist is a first year student at the Master Programme in Space Engineering. He has been admitted to Fly a rocket, a student-led program of the European Space Agency, ESA. Photo: Linda Alfredsson View original picture , opens in new tab/window

Joakim Rosenqvist is a first year student at the Master Programme in Space Engineering at Luleå University of Technology. When he heard about ESA's Fly a rocket programme, he took a chance and submitted an application. Now he is one of 18 admitted students from universities all over Europe – and the only one from Sweden.

First, the admitted students must take an online course in rocketry. After that, at the end of March 2017, the students will be involved in a rocket campaign at Andoya Space Center in Norway. The students will participate in all stages of the campaign, from assambling the rocket's payload to calibrate the communications and monitor the launch when the rocket is sent off.

– I'll work with the payload. It means that I'll be installing the payload on the rocket before the launch says Joakim Rosenqvist.

In addition to the experience of being able to work on projects and get to know students from many different countries, Joakim Rosenqvist think that Fly a rocket is a great opportunity to do something hands-on during the education's first year. A year that normally is mostly filled with math and physics will now also get a practical content.

– I hope this program can prepare me for the courses that will come later. Since I want to work with instrumentation in the future, it feels incredibly inspiring to work with ESA – we will meet and interact with scientists who actually work with rocket launches.