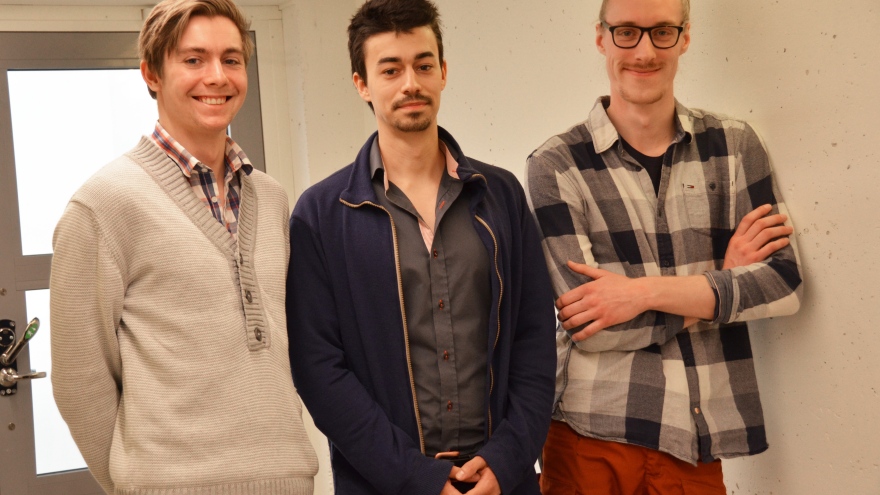 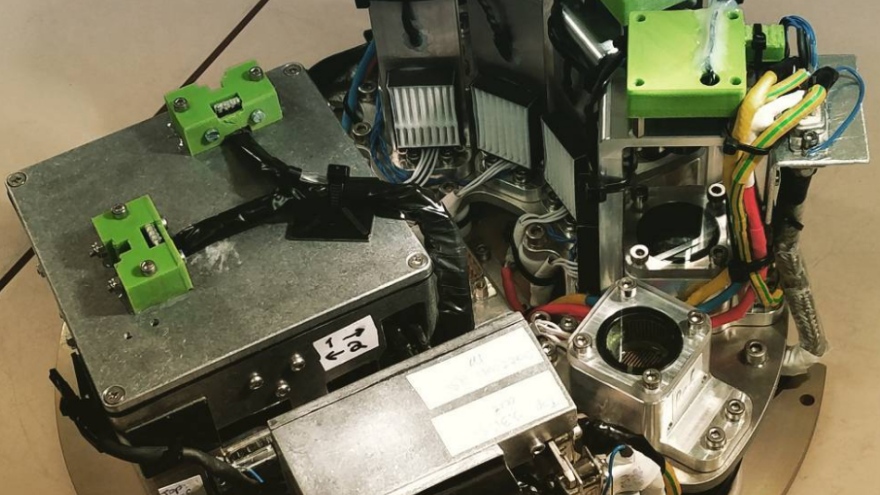 Perklorates in place in the experiment. Just before launch small heaters where on to ensure that the salts were completely dry during the trip. 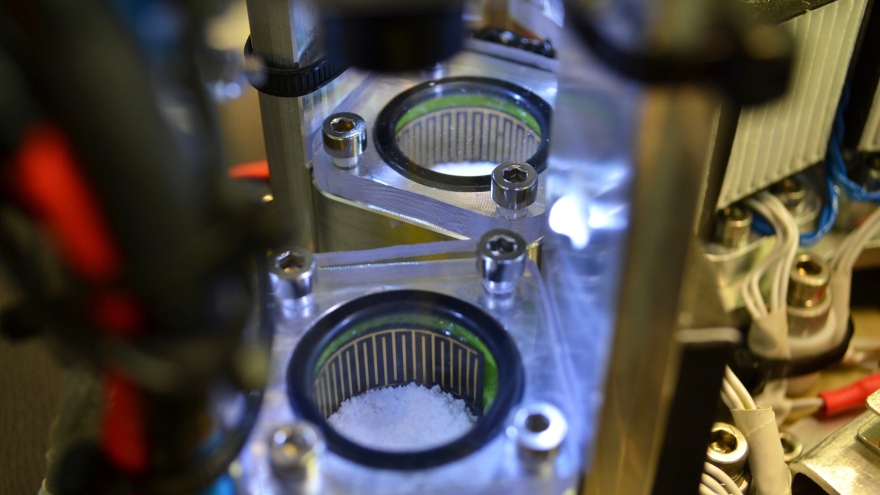 The sounding rocket is being prepared for launch and the experiments are put in place. With motor, the rocket is almost six meters long and has a diameter of 35 centimeters. 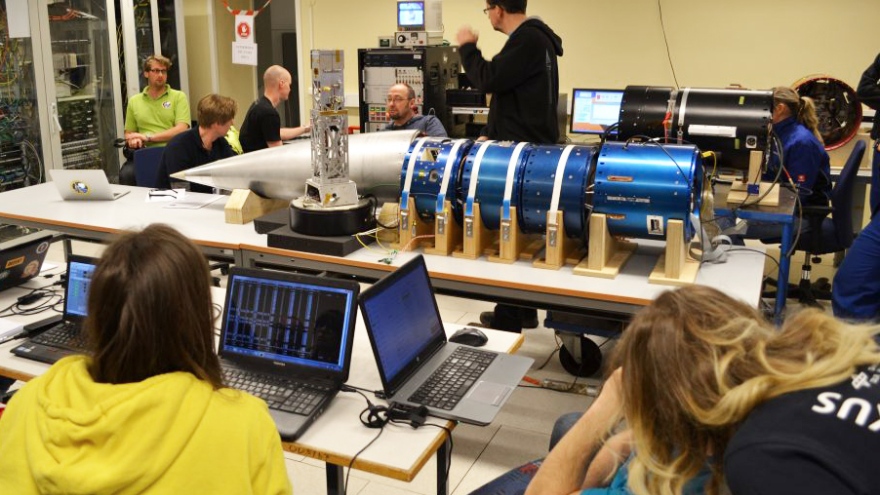 The countdown starts two hours before the scheduled time for launch. Some of the students involved in the project for the experiment SALACIA, are allowed to follow the adventure from inside the control room at the rocket range Esrange.

– When there are 20 minutes left to lift off the door closes and no one may leave the control room – at that time you feel that it is for real and really exciting, says Elias Krantz, Space Engineering student and project manager for SALACIA.

SALACIA (Saline Liquids and Conductivity in the Atmosphere) consists of four containers with salts that hydrated during the rocket ride into space, that is: reacted with water. The aim is to examine how the salts hydrates in relation to the composition of the atmosphere; humidity, temperature and pressure.

It took the sounding rocket just over two minutes to reach the trip's maximum height of 86 kilometers. The experiment's salt containers were filmed during the rocket ride, and the film clearly shows how the salts and the instrument response and is affected by different phases of the journey. For example, you can see how the salts react when the rocket reaches weightlessness and how the instrument shakes when the engine seperates from the rest of the rocket.

– We do not measure the exact amount of water that the perchlorates absorb. Instead we watch the phase transitions and how they react during the trip, says Elias Krantz.

SALACIA was one out of four experiments that were part of the rocket's payload. When the payload was retrieved the students could conclude that the experiment survived unscathed despite the precarious parachute ride to the ground. The Space Engineering student Frej Emmoth, who mainly worked with the instrument's electronics, was pleased.

– You can do lots of tests but still be nervous about whether it will break or not. We have been working with the instrument for one and a half years so a lot of time is spent on the result. But despite all the time devoted to the project, it is undoubtedly the most awarding thing I've done during my training, says Frej Emmoth and is backed by Daniel Nilsson.

– It has been rewarding to apply practically all what we have learned in theory, says Daniel Nilsson.

Now the collected data are to be fully analyzed. The results will be presented in June at a symposium on rockets and high altitude balloons organized by ESA, the European Space Agency.

The project Rexus (Rocket Experiments for University Students) aims to provide space students the opportunity of experimental experience. The programme is developed by the Swedish National Space Board and German Aerospace Center (DLR).

Watch a film from inside the rocket