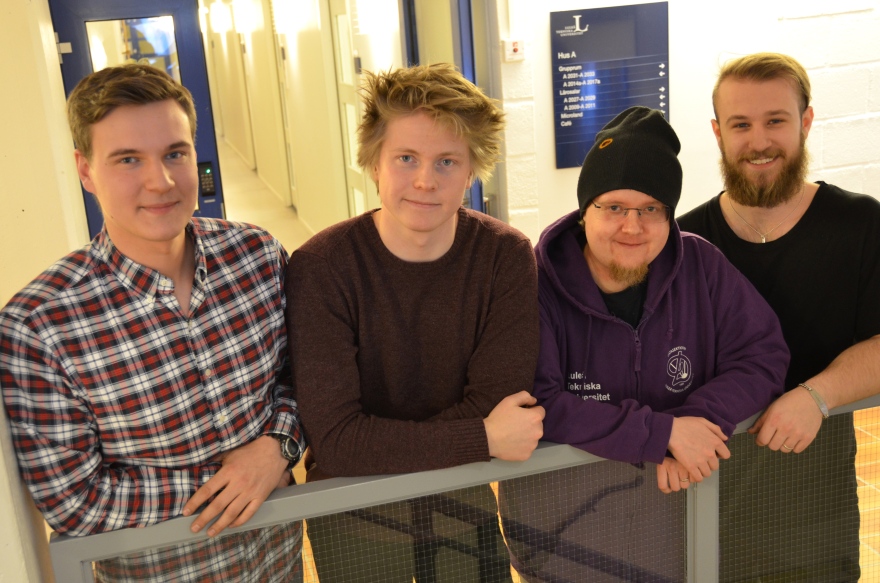 Robert Hedman used to study at Umeå University and competed several times in the robotic competition that the team from Luleå University of Technology are now competing in.

– It is the first time that a team from another university may participate, and it feels great. Last year my team finished in second place, so I'd love to take revenge, says Robert Hedman.

The team got the specification for the competition about a month ago: the robot shall be able to lift and move five cubes of different sizes and stack the cubes on each other. The robot will be controlled with a hand controll and in total, the robot has three minutes to perform the task. The winner is the team that managed the task in the shortest time. Of 19 teams, eight will continue to the finals in late April.

– My goal is to win and join the club of legendary previous winners, says Robert Hedman.

The teams may not use what they want for their robotic construction. Each team gets a Arduinokort, four servos in different sizes, a USB cable, a controller, a power adapter and a DC/DC converter – components that must not be replaced or modified. In addition, the Act only using wires, resistors, diodes, switches and building materials and write their own code.

– In the beginning we had some problems with the robot's claw. It must be able to grip a variety of sizes while the engine power is limited. We have spent a lot of time solving that problem, now the claw has an incredibly good block lifting capacity, says Robert Hedman.

A lot of time, but important experiences

The three other team members are building a robot for the first time.

– At first it was difficult to visualize how the outcome would be. We immediately saw some difficulties, but noted that it was a doable task. It's nice to see an idea become reality, says Viktor Kasimir.

Since Christmas and the exam period took time from the construction project, there have been many late nights the past week. But every hour invested is valuable for the future, according to team members.

– We learn a lot and get a lot of important experience, says Robert Hedman.

What characteristics are good to have when building robots?

– Patience and problem-solving ability. It is also good if you dare to try new things, says Viktor Kasimir.