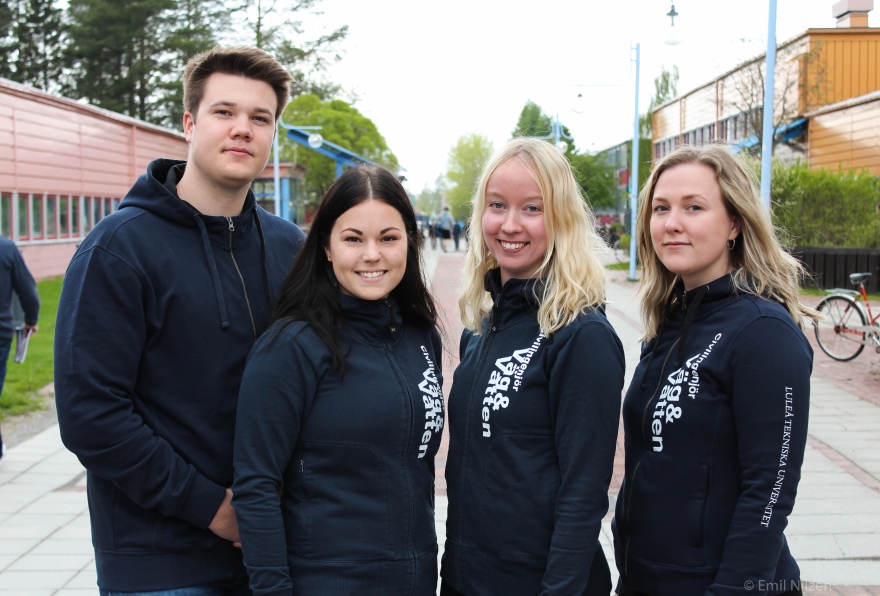 Madeleine Jacobsson, study the fourth year and comes from Stockholm.

Mina Turovaara from Kiruna, reads the third year with focus on construction.

Amelie Jakobsson from Sweden's (according to Jan Guillou) most boring city - Köping, reads the third year with a focus on soil and rock.

Emil Carlsson comes from Sala / Västerås, reads the second year and the plan is to choose focus on construction as the focus.