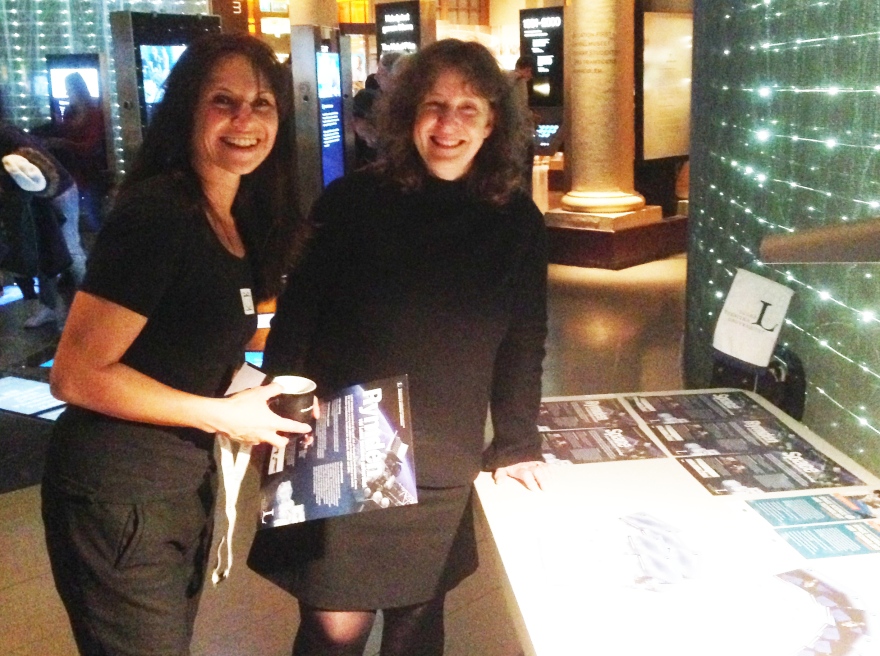 A dozen research groups were present at the Mini Science Fair at the Nobel Museum and showed their experiments to the public. Besides Luleå University of Technolgy, KTH, Uppsala University and Karolinska Institutet were also attending the fair.

– To share our knowledge with the public is a very important part of our mission, Victoria Barabash emphasizes.  and is backed by lecturer Anita Enmark responsible for space education participation.

– This kind of initiative is not only pleasant for the visitors, but it is also very enjoyable and meaningful to us. Our education and research in Space Technology touches subjects that interest many, but that can sometimes feel strange. For many visitors, it was such a novelty that the orientation of their mobile phone screens and system for measuring a satellite's location – are very similar to each other, says Anita Enmark, Senior Lecturer and responsible for the SpaceMaster's participation.

Photo from the closing ceremony at the Nobel Museum in 2015. Anette Snällfot-Brändström, administrative coordinator for the programme, and Victoria Barabash, coordinator of the programme are sitting in the front.

Luleå University started its cooperation with the Nobel Museum in the fall of 2015. At that time, the The Master Programme in Space Science and Technology was celebrating its tenth anniversary. This was celebrated in conjunction with the annual closing ceremony, at the Nobel Museum premises. In addition to students, also alumni from around the world participated, as well as researchers, teachers and other invitees.

– It is equally gratifying every year to see how well students succeed after graduation. We have alumni all over the world, both in research and in industry, says Victoria Barabash.

The Master Programme in Space Science and Technology is an Erasmus Education and a collaboration between six European universities and one university from Japan and one from the United States. Luleå University of Technology is the coordinator of the program.