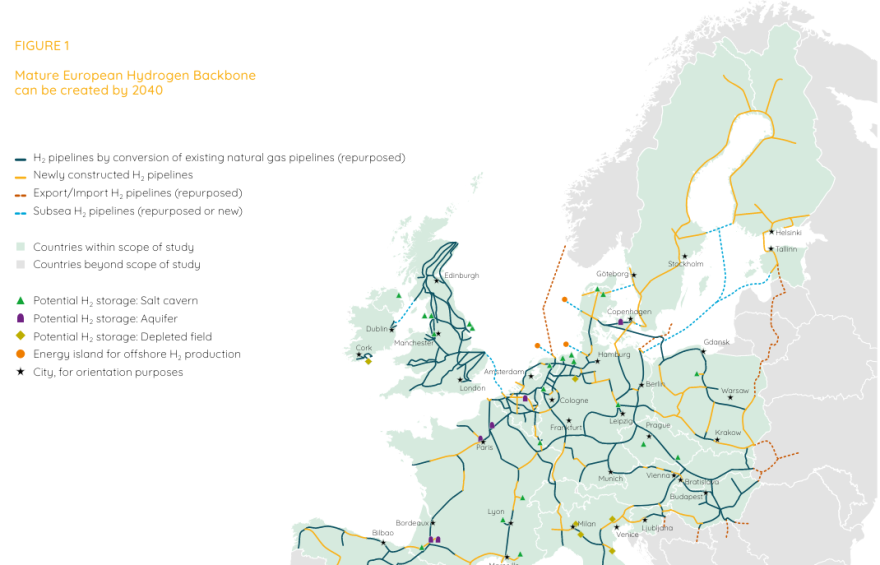 Hydrogen pipelines are already in operation today, e.g. in southern Texas, where large amounts of hydrogen are used in the refineries that lie like a string of pearls along the coast. The length of the Texas system, 1500 km, is approximately the same as would be needed to connect the Gulf of Bothnia's process industries from Raahe on the Finnish side to Umeå on the Swedish side. A major advantage of a pipeline in connection with green hydrogen gas produced with intermittent electricity from wind turbines is that the hydrogen gas can be injected in many places along the pipeline and that it also acts as a storage for hydrogen gas. Since the gas has a high pressure, approximately 200 bar, it is possible to extract more hydrogen gas than what is injected during a certain period of time. In this way, a damping effect is achieved that can compensate for reduced hydrogen production during periods with little wind and that can store an excess of hydrogen when the wind is strong.