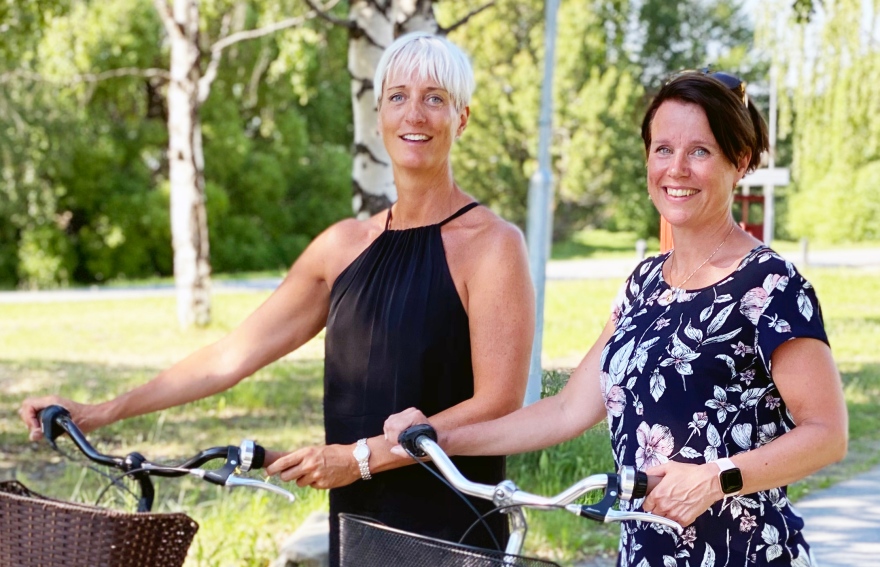 The International conference on Active Commuting and Technology Interventions Within Environment, ACTIWE, will be held via Zoom on 10 February.
The 24 presenters come from the University of Texas, Austin USA, University of Granada, Spain, LIKES – Research Center for Physical Activity and Health, Finland, Karolinska Institutet, Linköping University and Luleå University of Technology.
– The lecturers address topics that, among other things, deal with active transports to scholls in different ways, such as children and physical activity, active transport and gamification. The interest has been big, says Anna-Karin Lindqvist.

She states that this will be a conference tailored for her and those who work with related issues. The purpose of the conference is the exchange of experiences, knowledge, inspiration and networking.
– In this case, we have been able to decide on what we are interested in. Several of those we have invited we have worked with and others are completely new contacts.
Anna-Karin Lindqvist says that it was a bigger job than she and Stina Rutberg, Associate Professor of Physiotherapy, had expected.
– But it will be great fun. This also provides an opportunity for the doctoral students we have here in Luleå to present their work, says Anna-Karin Lindqvist.

Instead of having breaks, the participants will be randomly selected in to Breakout rooms.
– We want to have generous breaks, they are the ones that are difficult to replace compared to a physical seminar. Now you can choose whether you want to participate or sit somewhere else and drink coffee. Some breaks are open for conversation, while some have a theme. In a Breakout room, you have a chance to try playing a game for parents that is about risks.
The last day to register is the day before the conference. It is needed to be able to organize Breakout rooms.

Anna-Karin Lindqvist and Stina Rutberg have for many years researched about active school transports. In 2020, they are awarded a two-year finance from Vinnova, for the development of the project called Sustainable Innovation for Children Transporting Actively 2.0, SICTA. Their previous research has shown that active school transports not only increases physical activity, they also contribute to the social interaction between children and provide good learning, among other things.
Now they are developing a concept that makes it easy and cost-effective for schools to use the innovation. It has to be digitized. Among other things, it is about using games to increase the motivation of the children.
- It is within that project that we organize this conference, says Anna-Karin Lindqvist.