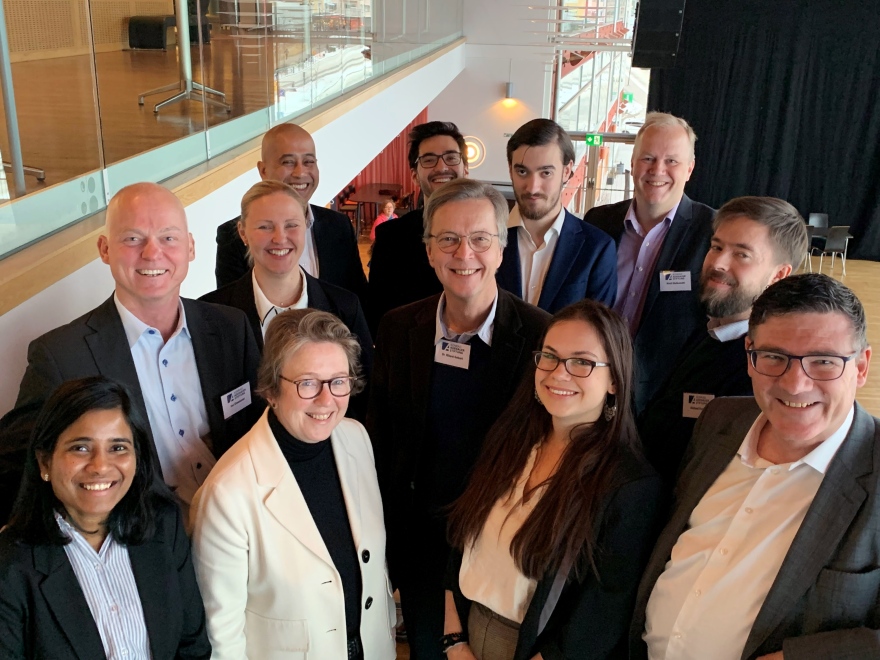 A roundtable discussion on green hydrogen in Europe has been going on for a couple of days in Luleå. Representatives from industry, academia and politics from the Nordic countries and Germany participated. Photo: Katarina Karlsson View original picture , opens in new tab/window

Rikard Gebart is also operations manager of Luleå University of Technology's hydrogen initiative) CH2ESS, with a focus on hydrogen use in industrial processes and energy systems, in close collaboration with Swedish industry.

"It was incredibly inspiring, creative and interesting to be able to discuss green hydrogen for two days with people from different countries who were very well versed in the issue, as for example Thorsten Herbert, Director for Market Development and Public Affairs at NEL, Europe's largest manufacturer of electrolysers. Together with representatives from Finland, we also discussed future collaborations with Northern Sweden in green hydrogen production. Hydrogen can be produced with wind power on both sides of Bottenviken (Botnia Bay)  and a collaboration makes production less weather sensitive and lower the costs", Rikard Gebart says.

The starting point of the discussions was that the industry today takes on a leading role in driving the transition and implementing changes. In this roundtable discussion in Luleå, they therefore discussed, among other things, what kind of political, financial and legal support is needed to scale and speed up innovation around green hydrogen in industry. The focus during the roundtable discussion was therefore:

"When it comes to the transition towards a green hydrogen economy in Europe, we must probably be prepared to help each other in green hydrogen production. In this matter, we must think of Europe as our "together owned house", if we are to succeed in reducing total carbon dioxide emissions according to the UN sustainable development goals (SDGs)", Rikard Gebart says.