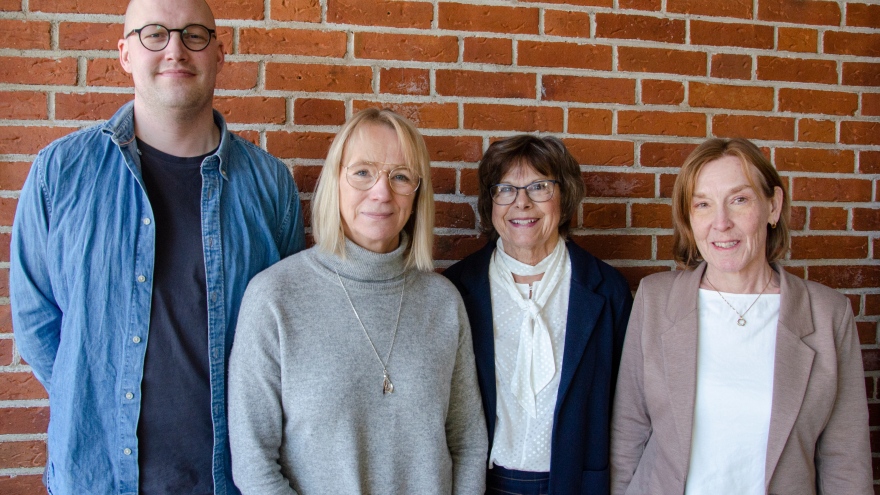 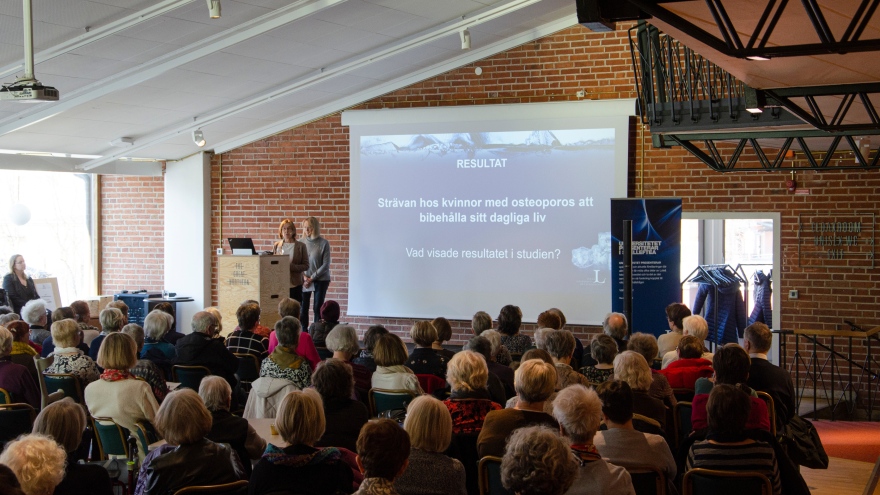 Ten years ago, Siv Ögren did not know what osteoporosis was and certainly not what it was like to live with it. Today she is chairman of the Osteoporosis Association in Norrbotten. Together with researchers Carina Nilsson and Birgitta Lindberg from Luleå University of Technology and Johannes Norberg, a doctor in the Västerbotten region, she gave an informative lecture on the disease.

Siv Ögren, who was previously a very active person, talked about the limitations of mobility, about the uncertainty that came with the disease and about ignorance.

Johannes Norberg, a doctor at Region Västerbotten, pointed out that there is not only a lack of knowledge among those affected but also within the health care sector, despite the fact that it is such a common disease.
Vertebral compression is the most obvious symptom of osteoporosis, but the diagnosis is usually first detected in a fracture. Osteoporosis is also something that often comes with age, just like problems with, for example, hearing. Johannes Norberg explained that the skeleton is almost like a muscle that is constantly being transformed and re-formed. Therefore, osteoporosis can be affected with medication after a diagnosis has been established. But osteoporosis can also be prevented by already at a young age, through movement.

Luleå University of Technology's own researchers Carina Nilsson and Birgitta Lindberg told us that, based on their study done together with Päivi Juuso and Malin Olsson, they concluded that it is important to counteract the disease by not letting it dominate one's life. Siv Ögren agrees and says that she has been diagnosed but that she is not her illness. Johannes Norberg says you can compare it to having high blood pressure or high blood fat.

- Not everyone has it, but there is a risk. And just because you have it doesn't mean you are suffering.

"Fix by location" is something Siv Ögren has learned to do and believes that she cannot do everything she did before, but that she has found new interests and a new community, among others in the Osteoporosis Association in Norrbotten. She is clear that it is the knowledge she has accumulated that allows her to live a dignified life today.

- It has not been run just because it is fragile, Siv Ögren urges the more than 100 listeners.