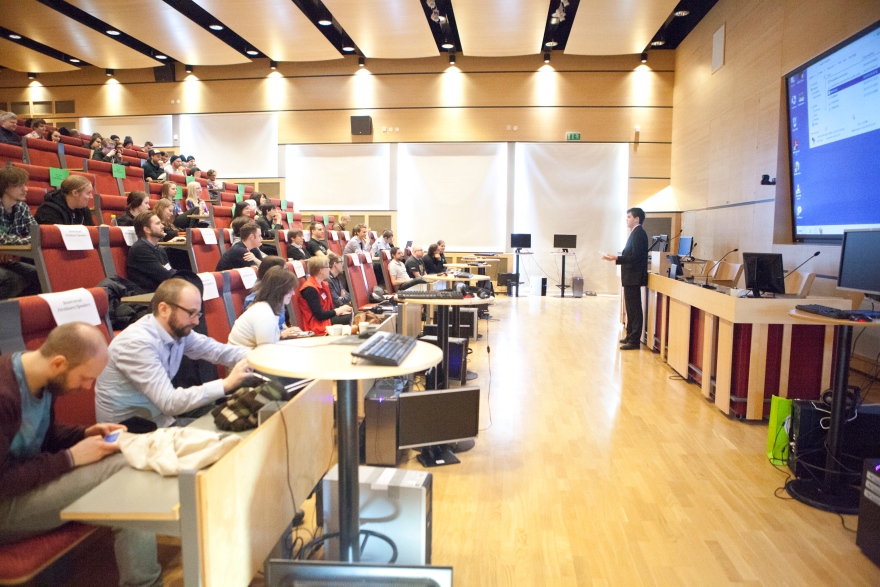 The students at the two programmes, computer game development and computer graphics, are known for creating high quality projects. During 2013’s gradshow eleven projects—everything from multiplayer games like Impacto to short films with digital monsters—was presented. Companies from both the game development industry and movie effects industry were present at the conference in order to see the projects. 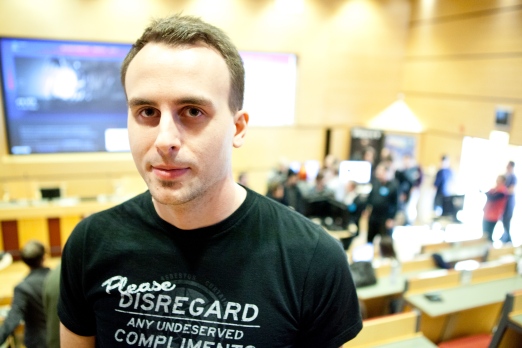 Michael Bauer, programmer for Arrowhead Game Studios, that developed the hit-game Magicka and recently released the game The Showdown Effect:

- We are here because we are interested in the students' projects. Skellefteå's grad show is professional and the students are creative. I studied here myself and Arrowhead was formed by students from this school. I was impressed with the game project Impacto. It was easy to get into the game yet it managed to retain a strategic depth. It's those kind of games that Arrowhead always strive to create. 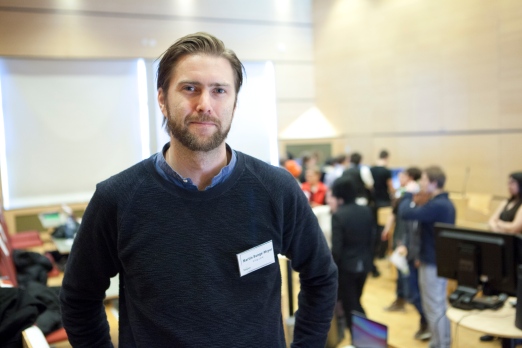 - We reach 100 million unique users per month and look to hire one new employee per day in the coming year. The mobile market is exploding right now so we are here for two reasons. We want to recruit talented staff and then we want to show the students what it is that we do. We know that this program keeps high quality since we already have three employees from LTU Skellefteå, so we try to keep track of students graduating from this school. 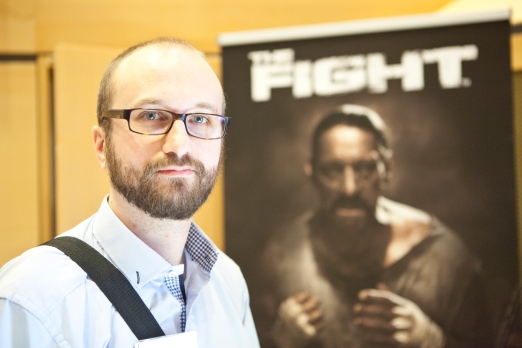 - We are here and show us the students. We started in 2003 and works with console games, and has worked with games like Bad Company. Our two biggest games is The Fight and Move Fitness. We have been poor at showing us but we are looking for creative programmers who have an interest in playing video games and want to learn new things. Students in this program are independent and are used to working in projects which is good.

The Moving Picture Company, The Framestore and Double Negative Visual Effects are three of the world's largest VFX companies and have worked with movies such as Skyfall, Clash of the Titans, Prometheus and Life of Pi.

- We are hiring 300 people for the next year. This is the fourth year we come back. The quality we see on the Grad Show comes from the quality of the teaching. Skellefteå have good relations with the studios that are unusual, but the best schools work in this manner.  We only cooperate with 12 visual effects schools, out of hundreds, in Europe and Skellefteå is one of them. 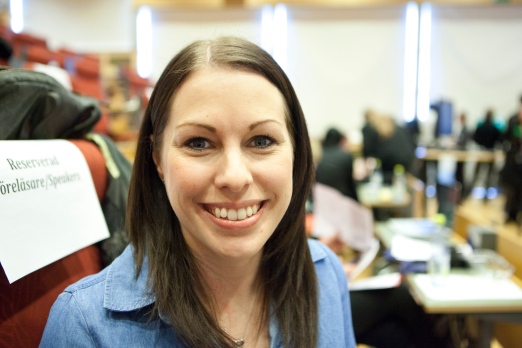 - We like the school in Skellefteå because the students are always nice, happy and professional. There is a work ethic that we only see in a handful of other schools.  We can spot the potential in student by watching the process and how they think as they work. It’s very important for us to know these things when we hire new people to Framestore.