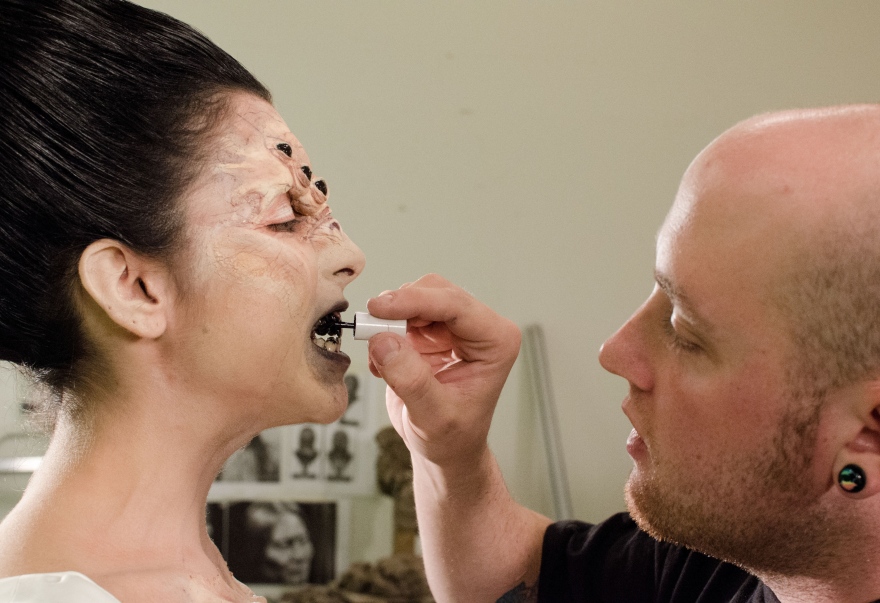 Five months before the students of the Higher Education Diploma Programme for prop making for media production at Luleå University of Technology, Skellefteå Campus, was about to start their internships Miku Godfrey was doing research. He watched the closing credits in films and tried to find contact information to the American prop makers that he liked. In email after email, he wrote about himself and what kind of props he had done so far. Most of the replies were negative, but a few studios said that they would be happy to have him.

During five months Miku Godfrey was an intern at six different studios who makes props for everything from magic shows to movies and TV-shows. Most of his projects are very confidential. With his thumb and index finger he shows how thick the confidentiality agreements he had to sign were.

- When the films have premiered, I will be able to tell people what I have done. I can sit in front of the TV and shout “I did that”, says Miku Godfrey. 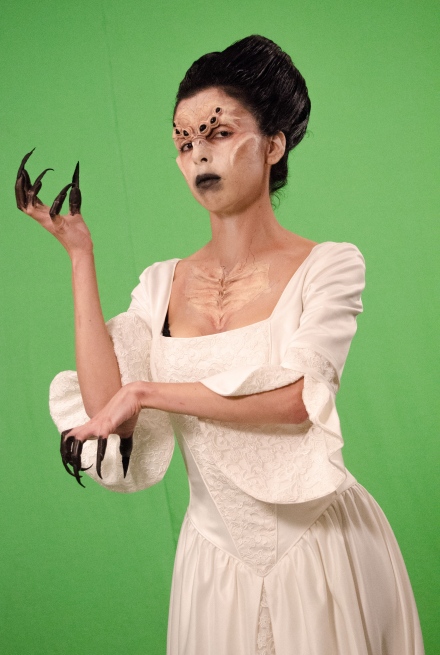 An ancient spider that can transform into a woman in order to lure men to her cave. Eleonor Biondi Ekfeldt models Miku Godfrey's version of the japanese monster. Photo: Emma Bergström Wuolo

Was nominated for an Oscar

The comic book character Hellboy has always held a special place in Miku Godfrey’s heart. The two films about the red demon were made in 2004 and 2008. Mike Elizalde, founder of Spectral Motion where Miku Godfrey did his internship, was nominated for an Oscar for Best Make Up for Hellboy II: The Golden Army.

In order to make a film, huge amounts of props and costumes are created. Storing the props cost money. A lot of money. The items are owned by the film company and are definitely not allowed to be sold on eBay. When the props are no longer needed they are destroyed. Miku’s first assignment at Spectral Motion was to destroy equipment from the Hellboy films.

- It was the toughest thing I did during my months in Hollywood. I shredded the costumes from Hellboy with a scalpel and I just wanted to cry, says Miku Godfrey.

Miku also got a chance to learn from Steve Wang who created the hostile alien Predator and also got to spend some time at Renegade Effects who are known for their armours. Chronicles of Riddick, Planet of the Apes and Pirates of the Caribbean is a few of the films their work can be seen in. 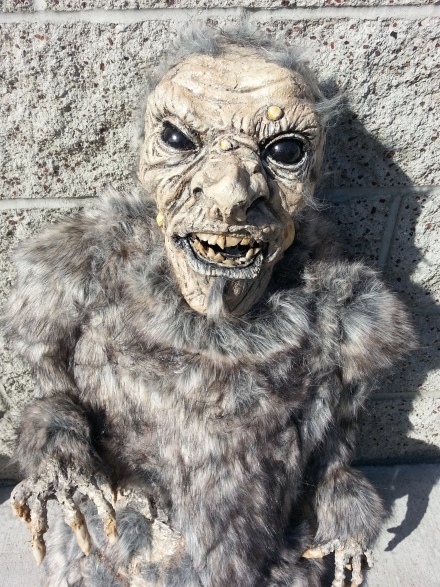 Every day going from the bus stop to one of the studios where he worked, Miku Godfrey passed a door with a Swedish flag. One day the door was open. He stuck his head in and shouted, “Does anyone speak Swedish here?”. The answer was yes and it turned out that he had ended up at the HP Lovecraft Historical Society (HPLHS) that celebrates the American horror writer. HPLHS were working on a rock opera based on the book The Dreams in the Witch House that Lovecraft wrote in 1932. Miku Godfrey ended up building a human sized rat man puppet that will be used in the opera.

Hard work and connections is what made Miku Godfrey’s internship possible. One of his first employers liked what he did and introduced him to other prop makers. They wanted to Miku Godfrey to work for them as well. Before the internship was over he had gotten two job offers. But instead of dropping out of school he went back to Skellefteå.

- I said, "Give me a year to go finish my education, after that I will be even better" and they thought that I had made a good choice. It’s all about projects in Hollywood so I was only guaranteed job for a few months at a time.

Was awarded a scholarship

His love for the city and LTU is strong. He praises the staff at the school who have helped and supported him during both internship and the rest of his education. It was them who told him about the Skellefteå based Sammes foundation that annually awards scholarships to business owners in the region. By starting his own business, he managed to get a scholarship of 20,000 Swedish crowns. The money paid for a part of his internship in the U.S.

Now Miku Godfrey attends his second and final year of his education in prop making for the media. After that he wants to stay another year in Skellefteå to start his own business. With dual citizenships in both Sweden and the U.S., he sees Europe and the United States as his future workplace. But his base will be in Skellefteå.

- I'm very happy in Skellefteå. Here I will have my own studio and then I’ll take my props with me and travel all over the world.