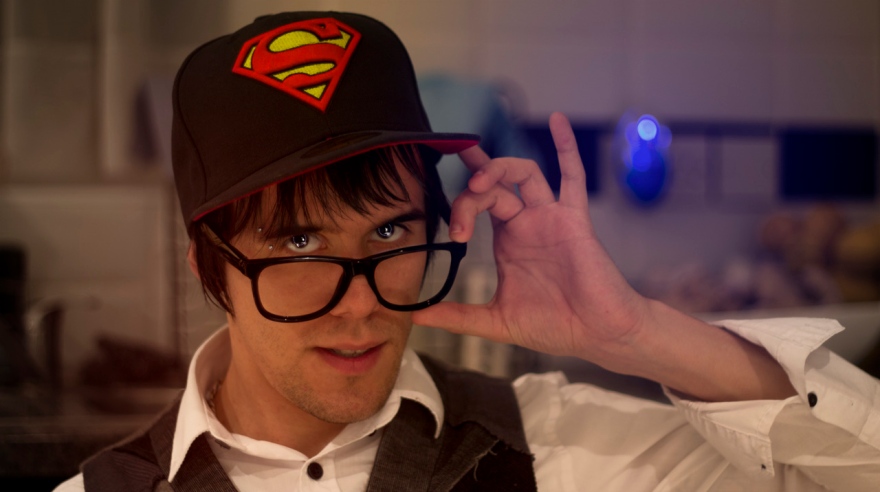 It was just before the deadline for the film, when all computer generated material was to be handed in, as the production team realized that there were still shortcomings regarding Superman's iconic red cape.

- The cape was supposed to be simulated quickly by effect-artists. But quickly proved to be time consuming and difficult as hell. The cape contains the entire symbolism of Superman. We started to handle the mantle as a separate character, choreography, design and set-up for each separate shot.

Fredrik quickly gained a leading role in the new team that was put together when he created own devices in hope of arriving at a solution. The problem was that the cape was very thin when Superman flew.

- A cape is not wider than its fixed points and the mantle is fixed at Superman’s neck. My task was to find out how we could solve it. How does a cape behave as you fly, walk, run or fight and so on. I built an invisible rig that holds up the mantle around it and makes it more controllable, which also gave us a broader simulated result. After I mastered the task it was my job to guide and lead the team. I also wrote a number of important tools, including how wind and gravity were handled, which was very crucial in the final outcome.

- We worked six days a week with Man of Steel, and sometimes until two o'clock at night. You don’t have much other than the job in mind. I suffered strange fever dreams of how the works could be done, woke up and wrote it down on paper. The interesting thing was that the dream solutions actually worked very well, says Fredrik Lindblom, computer graphic artist at the company Double Negative.

Fredrik was employed by Framestore, a large company in the computer graphics industry, before he took his degree in computer graphics program at the Luleå University of Technology. The company had followed him through the project blog he had created. The day after the big Grad Show in Skellefteå, he took the plane to London and began his career.

- The knowledge and experience I got from Framestore was crucial for the rest of my career. When I applied to Double Negative  I was taken in for my broad knowledge. I got the part of TD generalist. Which basically is a "jack of all trades".

The three minute long trailer also makes a point about the importance of the cape. In the middle of the trailer where Superman makes his transformation and truly becomes a superhero, the movie producers shows it by help of the long red cape.

Check out the cape in the trailer

This video has been blocked due to your cookie settings.
Accept marketing cookies or watch the video on Youtube.
Fredrik on national television about his work on the film (05:41)