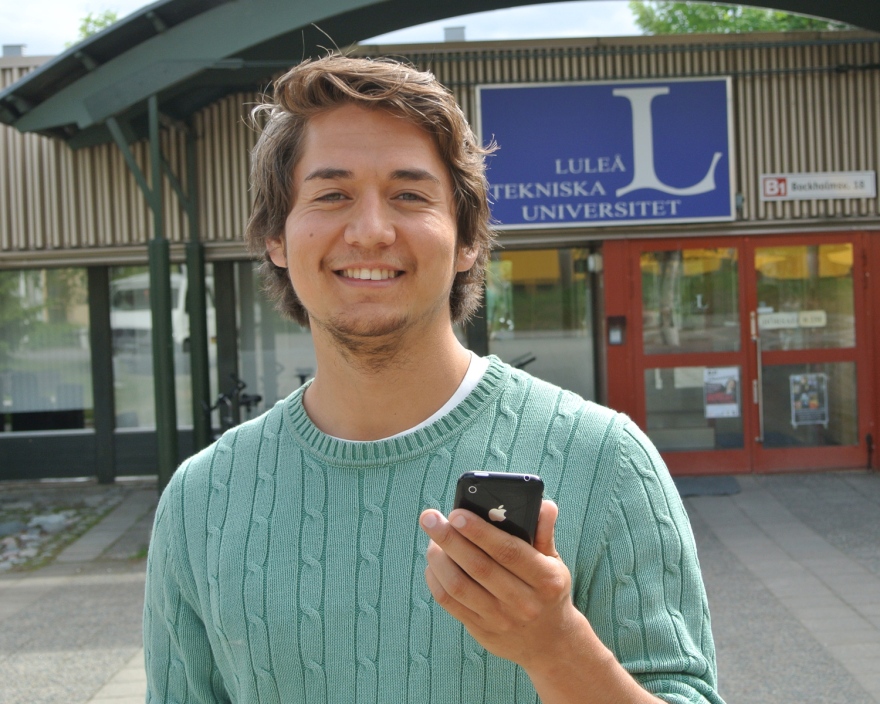 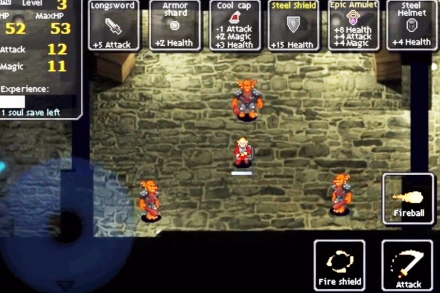 How does it feel to win the Swedish Game Awards? I'm shocked.

- Dungeon Heroes has been a side project which I have worked on for fun, says Fredrik who already is working on hit next project. When I moved to Skellefteå to start studying at the computer graphic-programme, I also started developing the game. After two years in school I know I could have made an even better game, says Fredrik.

I'm travelling with Tommy Palm at King.com to Barcelona and London next week. We will attend game events and visit their game studios.

Is Dungeon Heroes quite fully developed now or are you going to continue working with the game? The game is finished and I've done an update. It is available on App Store for 7 SEK. There is also a free version available for downloading.

You said earlier that you're working on a new game. Are you going to participate in next year's Swedish Game Awards?

-Now that I've had so much fun I have to try again.

You study computer graphic arts. The third year you have a final project. What will your focus be?

-I would like to develop my skills in 3D special effects. I already have my plans on what to do, but it will be a surprise.

You are 25 years old and grew up in Gothenburg. When did you get your interest in games? - I was 8 years old when I got my first game delopment programme of my dad. That´s when it all started.

Fredrik Ortmon and  his mobile game "Dungeon Heroes" participated on SGA Expo, Stockholm Central Station together with all nominees in the four categories. There were also representatives from SGA and a number of game companies participating.

Swedish Game Awards is Sweden's largest video game development competition. It has been held annually since 2004 and is organized by a student-driven, non-profit entrepreneurship association. The competition's audience is students at Swedish universities. Funding is handled through partnerships with various software and game development companies.

The competition is divided into four categories: Best Execution, Best Innovation, Best Scenario and Best Mobile. Three games were nominated in each category and the winner of each groop was also competing for the title "Game of the Year".

Gscept.com
Own website for students in Computer Graphics and Computer Engineering 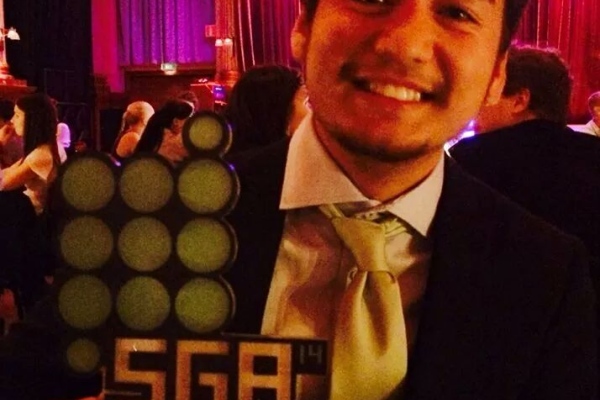 For the second year in a row Fredrik Ortmon takes home a prize from Swedish Game Awards. The game Siege of Stockholm, he developed during his education in computer graphic arts at Luleå University of Technology. 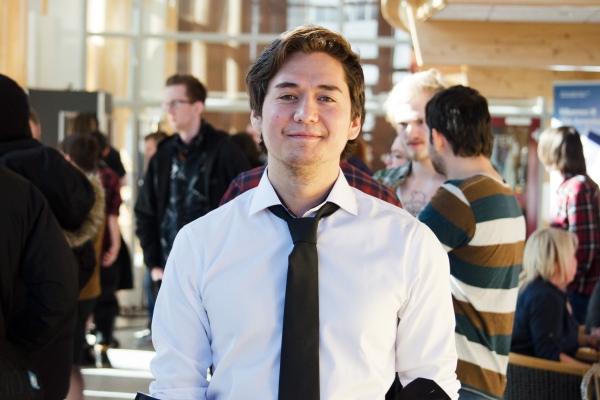 In the media: Student double nominee

Fredrik Ortmon who studies the last year on the Computer Graphic Arts programme at Luleå University of Technology is nominated in two categories in the Swedish Game Awards 2014 for his focus projects "Siege of Stockholm," writes the newspaper Norran.

Caroleans vs. demons in real time

Fredrik Ortmon studies the final year at Luleå University of Technologys programme in Computer Graphics Arts. As his specilisation project he has chosen to develop his own game called Siege of Stockholm. It is a playable game with three minutes of gameplay that contains over 250 items that he animated by hand. 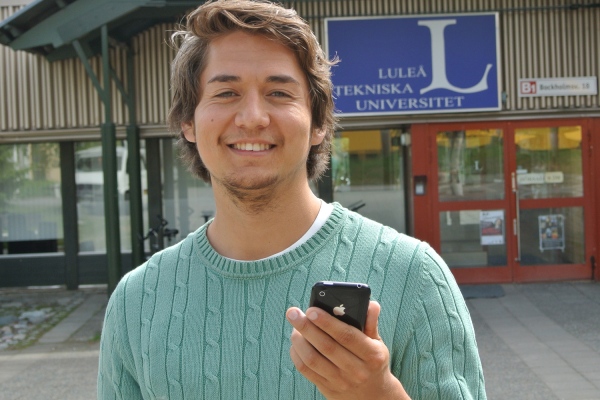 Fredrik Ortmon, creator of the mobile game "Dungeon Heroes" won first prize in the category "Best Mobile" during the Swedish Game Awards final in Stockholm. Fredrik has ended his second year of studies in Computer graphic arts at LTU Skellefteå and has already started to work with his next game.