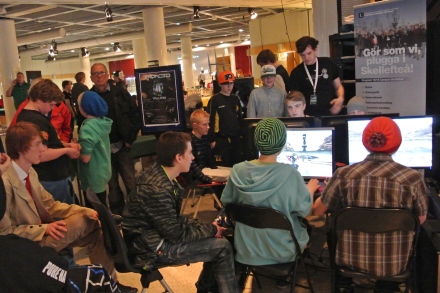 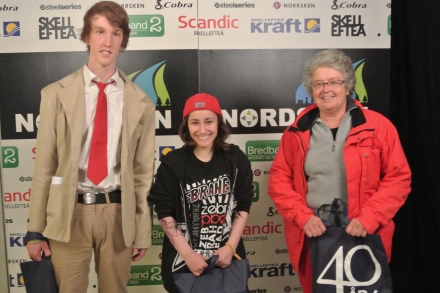 During the  LTU TING contest, the visitors scanned QR codes in the LTU booth, amongst LTU material, dance carpet, Lego robots, posters, computer games, amongst the staff etc. It was a tight battle where finally Daniel Lundberg won the first prize, an external hard drive. Second prize went to Veronika Hasherni who also was the winner of last years TING contest. Rona Rosendahl was beaten at the end of the competition, but was awarded a consolation prize for having fought well.
- Credit to the great game from competitors. The TING-game was developed by Campus Skellefteå students. 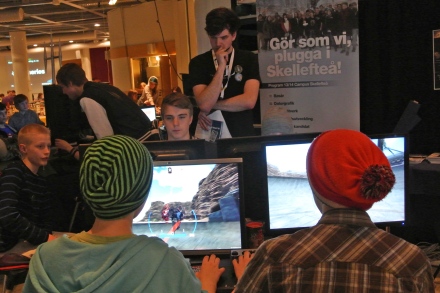 The game Impacto was developed by students from computer game engineering and computer graphics at LTU Skellefteå. Peter Strandberg, one of the developers worked in the LTU booth and took the opportunity to write down the visitors' suggestions for improvement. The student behind the game will work  this summer with further development.

- We have received really good feedback from the participants at Nordsken, says Peter who is very pleased with this year's event. 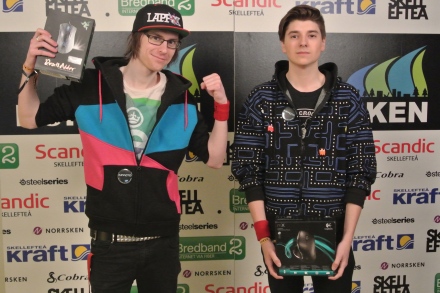 The winners of the Impacto contest was Tim Blom from Boden and Igor Henriksson, Lulea. They competed under the name "You go goodbye".

- This is our first Nordsken event but we have been to several conventions previously, sais Igor. On the question if they would return to Nordsken next year the answer was -Of course. We must defend the title! 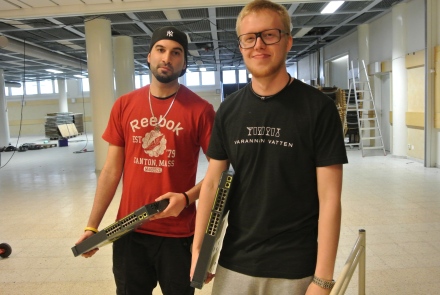 Hadi Bitar and Sebastian Stenlund, both Computer Networking students were responsible for setting up, operation and monitoring of the network on the Nordsken festival 2013. 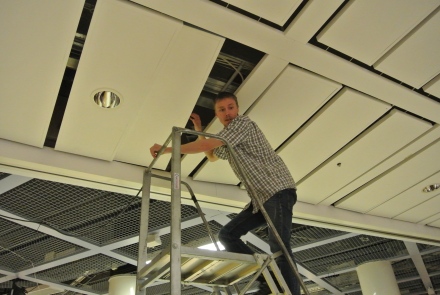 The Electric Power Engineering Research at LTU Skellefteå has for many years utilized the game festivals in Skelleftea to their research projects.

- This is a perfect opportunity for us to make measurements on the grid as so many computers are gathered in one place, says Anders Larsson, researcher and lecturer in Electrical Power Engineering. 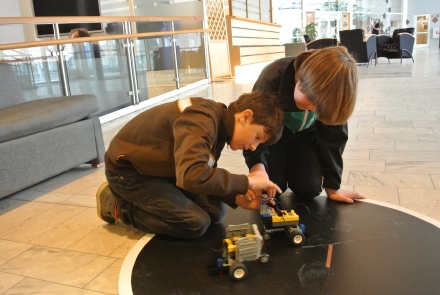 To create interest in technology among children and adolescents offered LTU Skellefteå together with technology Friends Lego robot building under the banner of Technology is fun! 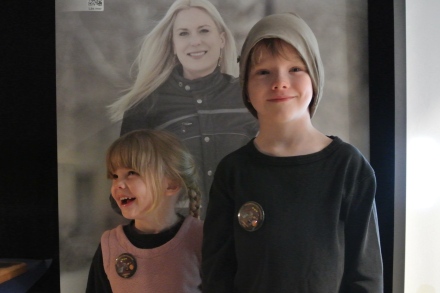 Sofia and Melker Ulin-Larsson has built robots and has now received their Certified robot designer-button. 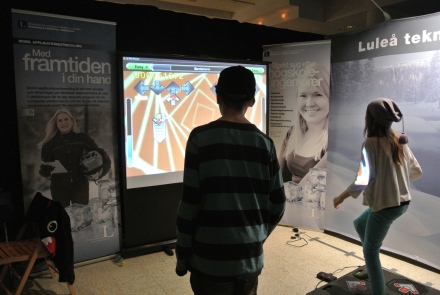 LTU "dance carpet" a popular activity among the visitors
http://capishe.se/artikel/en-smakbit-av-norrlandsk-spelkultur/