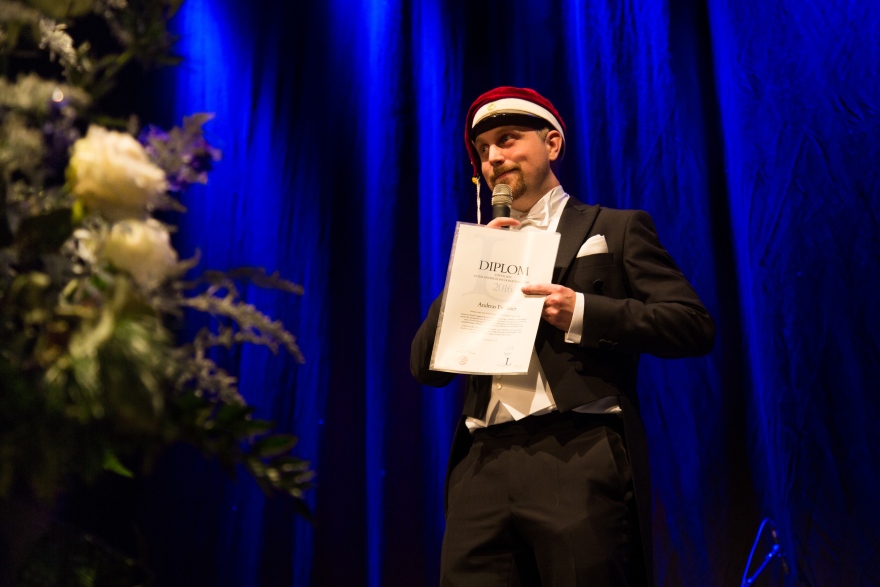 – It feels fantastic to finish my studies at the university in such a nice way. Had never thought that it was even possible to make such an imprint which also attracted attention in Luleå. In some ways it feels like we are all still working for the same thing, which is to make the time as a student as good and memorable as possible, says Andreas Fredmer.

The prize was awarded on Av4ningen which is student union of engineering and the University's closing ceremony for graduating students and their families. Andreas Fredmer also gave a speech.

Andreas Fredmer was during his studies very active within the student union in Skellefteå. As head of the union, he took great responsibility and after his term of office ended he still gave valuable aid to the union's work. Besides this, he twice organized an outdoor music event in early September in connection with the study start.